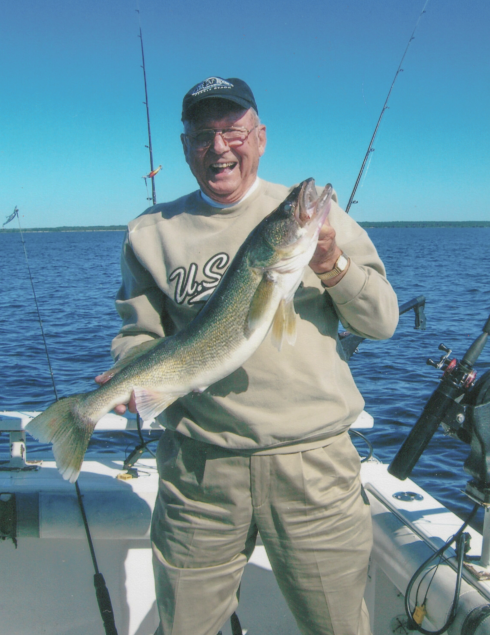 Harold Jerome Opgrand, 91, of Crookston, MN, passed away Sunday morning, June 13, 2021, in Altru Hospital, Grand Forks, with family at his side.

Harold was born in Halstad, Minnesota on November 10, 1929, the son of Carl and Therese (Vennes) Opgrand. He attended rural elementary school at Harmony School District Number Nine in Norman County and graduated from Halstad High School in 1946. He soon entered the U.S. Navy and completed Basic Training at Great Lakes, Illinois.  He then graduated from aviation electronics school in Memphis, Tennessee and was stationed at the Naval Air Base near Memphis until his honorable discharge into the Naval Reserve in 1949.  He returned home to farm with his father, then attended Mayville State College where he received a Bachelor of Science Degree on August 6, 1956, with majors in Natural Science and English, and a minor in Library Science. Post-graduate studies were completed at the University of Colorado, University of Wyoming, University of North Dakota, University of Minnesota, and Fisk University.  He served as Librarian and English instructor at the Sidney, Montana High School until June of 1957.  On July 27, 1957, Harold and Janet Karelynn Bakke of Mayville, North Dakota were united in marriage.  Janet was a graduate of Mayville High School and attended Mayville State College.  Harold was employed as the librarian and assistant baseball and assistant basketball coach at Glencoe, Minnesota Public Schools from 1957 to 1959.  He next became a staff member of the Learning Resources Department at St. Cloud State University from 1959 to 1966. Harold earned his Master of Arts Degree in Librarianship and Media from the University of Minnesota in 1961.  In July of 1966 he was appointed Director of Media Resources at the University of Minnesota in Crookston. Harold became an Associate Professor in 1972 and after 30 years of service retired from UMC in 1996.  His hobbies included fishing, gardening, golfing, tournament bridge and hunting.  He achieved the Life Master title in bridge in 1979 followed by becoming a Bronze Life Master.  He served as a guest lecturer on bridge and backgammon for The Norwegian Caribbean Cruise Line for a period of seven years. Harold was a member of Trinity Lutheran Church and a Past Exalted Ruler of the Crookston Elks Lodge.

Harold was preceded in death by his parents, Carl and Therese Opgrand, and a brother, Carleton.

Janet “Jan” Opgrand passed away on Friday, August 20, 2021, after a lengthy illness.

A Celebration of Life honoring Harold and Jan Opgrand will be held at 1:00 p.m., Friday, October 15, 2021, in the Trinity Lutheran Church, Crookston, with The Rev. Greg Isaacson, officiating. Visitation with the family will be for one hour prior to the service. The funeral will be livestreamed by going to Harold or Jan’s obituary page at www.stenshoelhouske.com and clicking on the prompt at the bottom of the page to view. Harold and Jan will be buried together at the Marsh River Cemetery rural Shelly, MN at 10:00 a.m., Saturday, October 16, 2021.

Online registry and messages of condolence may be made at www.stenshoelhouske.com.

To order memorial trees or send flowers to the family in memory of Harold Opgrand, please visit our flower store.