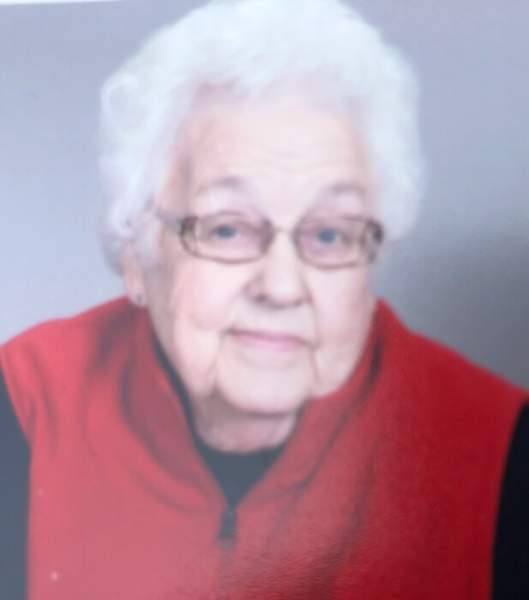 Gladys Ruth Johnson was born on January 9, 1930, in Grand Forks, ND, the daughter of the late Elmer and Hilda (Erickson) Johnson.  She was raised in East Grand Forks, MN, and graduated from Central High School in 1947.  Afterwards, she worked for Northwestern Bell for 4 years in Grand Forks, ND, and Minneapolis, MN.  She met the love of her life, Arnold “Arnie” Suprenant, at a wedding dance and on September 22, 1951, they were married at Bethany Lutheran Church in East Grand Forks, MN.  They made their home in Minneapolis and in 1952 they moved to East Grand Forks and then to Crookston in 1964 when Arnie got a job with Dahlgren and Company.  Sadly, Arnie passed away August 4, 1997.

Gladyce enjoyed doing volunteer work at Trinity Lutheran Church and the Senior Center, shopping, sewing, reading, and travelling in her younger years.  Most of all though She enjoyed spending time with her family and friends.  Gladyce wrote that all she ever wanted to be was a housewife.

Graveside service for Gladyce will be held at 11:00 am on Wednesday, August 4, 2021, at Oakdale Cemetery in Crookston, MN.  Pastor Cory Lang will be officiating.

To order memorial trees or send flowers to the family in memory of Gladyce Surprenant, please visit our flower store.