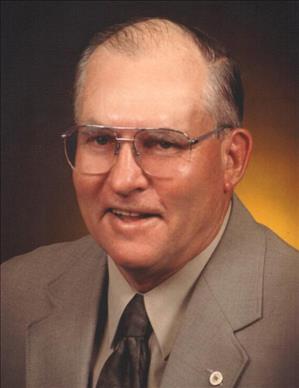 Gerald George LeBlanc, age 88, of Crookston, MN passed away with his family by his side on Tuesday, January 24, 2017 at Riverview Health in Crookston, MN.

Gerald was born on December 12, 1928 in Crookston, MN. He was the son of Delphis and Emma (Caouette) LeBlanc. He lived on the family's farm and attended nearby rural schools. Graduated from Crookston Cathedral High School in 1947.

From January 15, 1951 to December 1, 1952 Gerald served in the U.S. Army during the Korean War. After his discharged he then served seven years in the National Guard, leaving the unit as a Master Sergeant.

Gerald worked for two winters in Minneapolis, and on September 15, 1954 he started working for the American Crystal Sugar Company for twenty-four years and also farmed for his entire life. Gerald was a trustee at St. Peter's Catholic Church in Gentilly for six years and served on the Gentilly township board for twenty-two years. He was also on the Cenex Board of Directors in Crookston for six years.

On June 2, 1956 Gerald married Marilyn Yon and recently celebrated their 60th in June, 2016. They lived in Crookston for eight years and then moved to the family farm and built a new house in 1967. In 1996 they moved back to Crookston and sold the farm to Greg and Marlene LeBlanc. Gerald was a longtime member of the Knights of Columbus, the American Legion, and the Eagles. He received the 100 year Century Farm in 2010 and the Golden Link Experienced American (1983) awards.

There will be a visitation from 5-7:00 p.m. with a prayer service at 7:00 p.m. on Sunday, January 29, 2017 at Stenshoel-Houske Funeral Home in Crookston, MN. The funeral mass will be at 11:00 a.m. with a visitation one hour prior to service on Monday, January 30, 2017 at St. Peter's Catholic Church in Gentilly, MN. Interment will be at St. Peter's Catholic Cemetery in Gentilly, MN in the spring.

To order memorial trees or send flowers to the family in memory of Gerald LeBlanc, please visit our flower store.