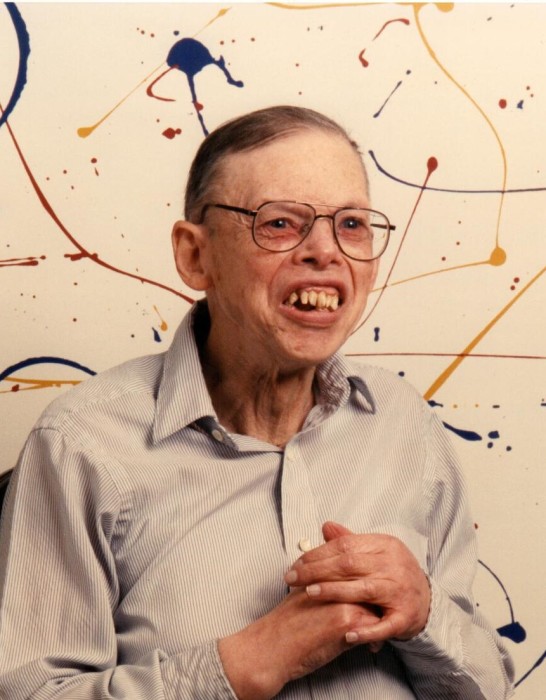 **ATTENTION, THE MEMORIAL SERVICE FOR GERALD HAS BEEN POSTPONED UNTIL TOMORROW, DECEMBER 5, 2017, AT 1:00PM**

Gerald was born on May 12, 1939 in Battle Lake, MN to Leonard and Selma Glende (Bakken).  Gerald spent his childhood growing up with his mother in Glyndon, MN, until Selma would pass away in 1983.  Then Gerald would move to Crookston, MN and live with his sister Deb, for about fifteen years before moving into several different homes through REM. Since moving to Crookston, Gerald worked for the DAC for over 30 years, where he would help clean several different locations throughout the community, such as Trinity Lutheran Church, and the UMC campus. However, when at UMC, Gerald could be seen spending more time talking with the students in and out of their classes, than time actually spent cleaning. Gerald loved music, and all the dancing, and singing that went along with it. He also loved the outdoors, where he would spend lots of time camping, such at Camp Confidence in Brainerd, MN, or fishing trips in Bemidji, MN at Fishing with No Boundaries. When camping, Gerald loved to be the one collecting the firewood, and would spend much of his time around the campfire, where he enjoyed his favorite camping food, “weenies”. Gerald also not only performed in the Special Olympics, but he won almost every race he was in, even while stopping to waive at friends and family in the stands, there to watch him run.  However, most of all Gerald loved the time he could spend with his family. Whether it was traveling the country or letting his great sense of humor shine when teasing his nieces, even if he claimed he had done nothing wrong. Gerald brought a smile to everyone’s face that he met and will be missed dearly by all whom had the chance to share a laugh with him.

Gerald is survived by his sisters, Janice (Donald) Volker, and Debbie (Stuart) Magsam; brother, DuWayne Glende; and seven nieces and nephews, and many great nieces and great nephews. He is preceded in passing by his parents, Leonard and Selma; sister, Barbra; step-dad, Ludvig Johnson; brother-in-law, Lloyal Burnside; sister-in-law, Carol Glende; and his Grandparents.

A memorial service will be held to honor Gerald’s life Monday, December 4, 2017, at St. Paul’s Lutheran Church in Crookston, MN, at 1:00PM.  Visitation with the family will be held one hour prior to services. The family of Gerald will be holding a private burial at a later date to be determined. Pastor Bill Reck will be officiating.

To order memorial trees or send flowers to the family in memory of Gerald Glende, please visit our flower store.