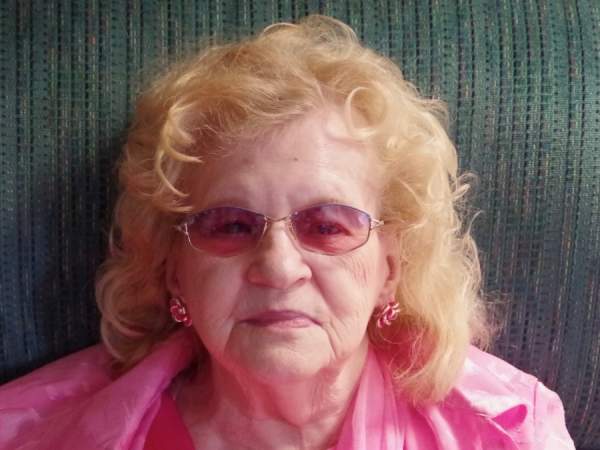 Georgine Elaine Arness passed away at the Villa St. Vincent in Crookston, Minnesota on Wednesday, October 10, 2018. Georgine was born on May 26, 1923 in Climax, Minnesota to Lewis and Nina (Dale) Wehus.  She graduated from Climax High School in 1941, and in 1942 married Alton Arness of Roome Township, south of Fisher, Minnesota. Georgine and Alton shared the farmstead there until 1998, when Alton passed away. Georgine was also preceded in death by her parents; sister, Gayle; brothers Ainsworth, Lawrence, and Wallace, and brother-in-law Duane Arness.

A homemaker, Georgine was active in church and civic life and served as a Sunday school teacher at Fisher Lutheran Church and as a leader in the Fisher Music Boosters and the Eldred 4-H Club. Later she served on the board of the Golden Link Senior Center in Crookston and started and managed a project recycling 20,000 greeting cards during her tenure. She also led the Golden Link Band. Georgine enjoyed the activities of the Sons of Norway and the Red Hat Society. For her civic contributions she received the 1995 Outstanding Senior Citizen Award for Polk County. Georgine applied meticulous energy to hobbies that included firing and painting ceramics that are still on display at the Golden Link in Crookston, air-brushing, rosemaling, playing piano and drums, gardening and arranging flowers, and going dancing every Saturday night with Alton as long as they were able. She took great pride in maintaining and seasonally decorating the family farmstead, and in 1989 she and Alton received the Home Beautification Award for the West Polk County Water and Conservation District.

Georgine especially enjoyed hosting her beloved granddaughters on the farm during summers. She also enjoyed travel, including visits to India and Nepal to visit her son and his family. Remembering the days of cooking all day long for threshing crews, Georgine never relished hovering over a stove, but she delighted in baking Norwegian holiday pastries and other sweets for her family. She was adaptable, though, and was happy to join the family consensus that cooking lutefisk at Christmas was not a tradition that merited preservation.

Georgine is survived by a son and daughter-in-law, Craig and Rekha Arness of Virginia; two granddaughters and their husbands, Vanessa Arness (Marco Davi) of Virginia and Tara Vu (Kelvin) of California; two great-grandsons, Iver and Niall Vu of California; and sister-in-law, Marilyn Arness, of Mentor, Minnesota; as well as, several nephews and nieces, including Kristi Hadrava McLean of Minnesota, and Teresa Hadrava-Pierce of Louisiana—both of whom Georgine helped rear for two and a half years after the death of their mother, Gayle.

The family thanks the caregivers at the Summit and Villa St. Vincent in Crookston for their attentive support during Georgine's years there.

The funeral service for Georgine Elaine Artness will be held at 11:00 a.m., Saturday, October 20, 2018, at the Fisher Lutheran Church in Fisher, MN, with The Rev. Karen Young Trenne, officiating. Interment will be at Bardo Cemetery, rural Crookston. The Stenshoel-Houske Funeral Home, Crookston, MN is assisting with funeral arrangements. In lieu of flowers, please make any donations in Georgine's name to the Alzheimer's Association (alz.org) or to the American Cancer Association (cancer.org).

To order memorial trees or send flowers to the family in memory of Georgine Arness, please visit our flower store.