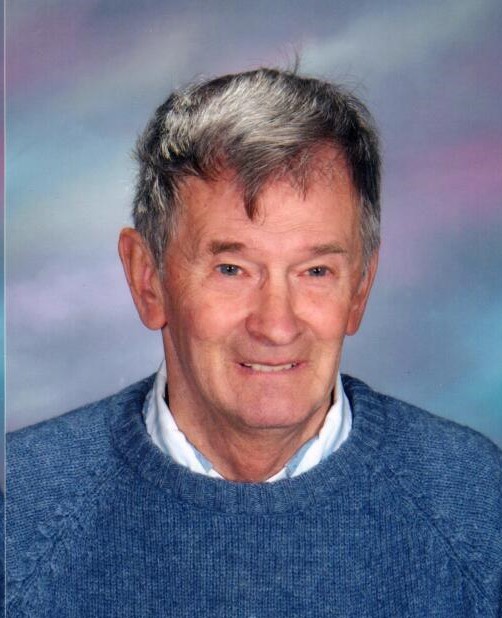 George L. Taus, 79, of Bemidji, MN, passed away peacefully at his home Thursday morning, July 12, 2018, with members of his loving family at his side.

George was born on December 12, 1938 at his parent’s home near Strathcona, MN, one of four children of the union of George H. and Alice C. (Beito) Taus. George’s father was a depot agent for the Great Northern Railroad, which meant the family moved many times to railroad towns throughout northwest Minnesota and neighboring North Dakota. In 1953 they settled in Shelly, MN, and George attended Climax (MN) High School, where he excelled playing football, basketball, and baseball. He graduated from Climax High School in 1957, and on November 1, 1958 was united in marriage to Mary Anne Morlan at the Church of Christ in Crookston. George and Mary were both employed at Midway Grocery in Crookston as they began their family, which would grow to include George K., Denis, David, Cindy, and Jennifer. George would soon enroll at Mayville (ND) State Teachers’ College, commuting for four years from his Crookston home. He never missed a single day of classes while pursuing double-major degrees in education and business, and also earning coaching certifications for football, basketball, and baseball. During these years he enjoyed playing league softball and pick-up basketball games with friends. George’s first teaching position was at McIntosh, MN, where he taught business and coached football, basketball, and baseball. Two years later he accepted a similar position at Oslo, MN for one year, before he, Mary, and the kids moved to Climax, MN in 1970, where he taught and coached for his high school alma mater. After several years spent in the classroom, and coaching three sports, George decided to retire. He and Mary then moved to Bemidji, MN in the late 1990’s. It wasn’t long before he found himself very happy to be substitute teaching for the Red Lake School District. Throughout his long and successful career in education, George was much loved and respected by his teaching colleagues, and the staff and students of the schools he was associated with in McIntosh, Oslo, Climax, and Red Lake. His golden years were spent on or near Lake Bemidji and his favorite greeting to visitors was “welcome to paradise.” George always looked forward to visits from his grandkids and great-grandkids, catching up with all the news of their activities. He loved to tell jokes, and will be forever remembered for his infectious smile, warm welcome, generosity, and kind heart.

Visitation will be at the Stenshoel-Houske Funeral Home, Crookston on Wednesday from 5 to 7 PM, with a prayer service and memory sharing at 7 PM.

The funeral service for George L. Taus will be at 2 PM, Thursday, July 19, 2018, at the Church of Christ, 321 5th Avenue South, Crookston, MN, with the Rev. David Johnson, officiating. There will also be visitation at the church 1 hour prior to the service. Burial will be at Oakdale Cemetery, Crookston.

To order memorial trees or send flowers to the family in memory of George Taus, please visit our flower store.