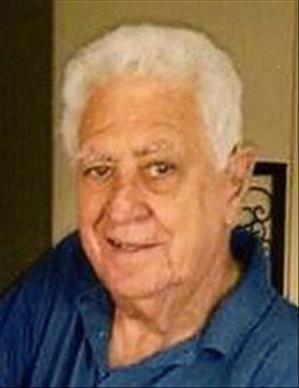 George Rene' Kiperman, 77, of Crookston, MN, passed away unexpectedly at his home Thursday, April 13, 2017. George was born in Buenos Aires, Argentina on July 9, 1939. He grew up in Buenos Aires, where he received his education, eventually earning a Master's Degree in Engineering. He served as a pilot with the Argentine Air Force and later continued to do some flying for pleasure. George came to Los Angeles, CA where he met, and was united in marriage to, Rachel Lydia Becerra on August 25, 1969. Their marriage would be blessed by the births of 2 children, daughter, Lucy, and son, Rene'. George owned and operated his own business in the LA area known as Armex Air Conditioning. In 1981 the family moved to Tampa, FL where he continued his business under the same name. Sadly, Rachel passed away on December 1, 1997. Following his retirement, George helped his son for a time with his air conditioning business. In 2016 he moved to Crookston, MN and had been making his home with his children. George loved to tell his family stories about what it was like to grow up in Argentina. He was very close to his granddaughters and extremely proud of them. His 3rd granddaughter was born on the day he passed so he was never able to see and hold her. George will be dearly missed.

Loving family members include his daughter and son-in-law, Lucy and Fidencio Yanez, and his son and girlfriend, Rene' Kiperman (Tiffany Aswell), all of Crookston, MN; 3 granddaughters, Olivia, Avita, and Harper Kiperman of Crookston; and other relatives. In addition to his beloved wife, Rachel, George was preceded in death by his parents; and 3 siblings, Hugo, Rene', and Anita. May God bless George's memory.

A private family memorial service will be held. The Stenshoel-Houske is assisting with arrangements.

To order memorial trees or send flowers to the family in memory of George Kiperman, please visit our flower store.