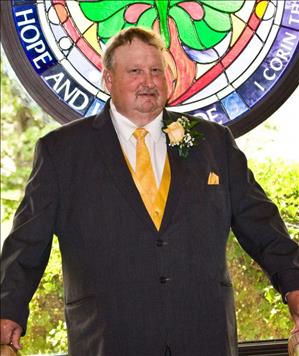 George Allen Delage, 54, died unexpectedly of natural causes at his home on Monday, September 19, 2016. George was born on July 4, 1962, to Clarence and Dorita "Mickey" (Prudhomme) Delage in Crookston, MN. He attended school in Crookston, MN and graduated in 1980. On May 3, 1985, he married Kristi Lorraine Glas. George held various jobs in the area, including working at KFC in Crookston, MN then transferred to Grafton, ND for a manager position, where he met Kristi. He also worked at Happy Joes, New Flyer, and Phoenix Industries. His most recent job, for the last 15 years, was at the American Crystal Sugar Company in Crookston, MN. He also served as the shift steward for BCTGM Local267G at American Crystal Sugar. George was a member of the St. Peters Catholic Church in Gentilly, MN. He belonged to the Knights of Columbus and was a former Cub Scout Leader. George was always willing to help anyone out. He had a wonderful sense of humor, was a kidder, and had a way of making you laugh. He was very proud of his children, his new son-in-law, daughter-in-law, and his grandchild. He will be remembered for many things including his love of animals, especially his dog Rex. He loved to play games with his family. He would spend hours playing his favorite card game, Pinochle. George loved hunting, fishing, camping at the lake with his loving wife and family. He loved to watch Monday and Tuesday night wrestling. He loved taking his wife to the casinos. He enjoyed ranger riding with his grandson Gage, whom he nicknamed his "goober gobbler". George will be dearly missed. George is survived by: his loving wife, Kristi of Gentilly, MN; a son, Shaun (Elizabeth) Delage; a daughter, Kayla (Daniel) Luoma; his grandson, Gage; brothers, Roger (Dee) Delage; sisters, Caroline (Randy) Green, Cheryl (Scott) Mantuefel, all of Crooskton, MN; brother-in-law, Mike (Brenda) Glas of Fergus Falls, MN; nieces and nephews, Dave Bowman, Christie Wisk, Jim Bowman, Rickey Green, Crystal Ray, Todd Mantuefel, Jarvis and Austin Glas; aunts, Elaine Lilga and Rosemary Tate; grandmother-in-law, Gladys Baier; great nieces and nephews; and many other relatives and friends. George was preceded in death by his parents, Clarence and Dorita Delage; brothers, David, Kevin, and Elmer Delage; and a nephew, Rory Delage. May God bless George's memory. There will be a visitation from 5-7 p.m. with a prayer service at 7 p.m. on Friday, September 23, 2016 at Stenshoel-Houske Funeral & Cremation Service in Crookston, MN. A memorial mass will be held at 10:30 a.m. with a visitation one hour prior to service on Saturday, September 24, 2016 at St. Peter's Catholic Church in Gentilly, MN. Interment will be at St. Peter's Catholic Cemetery in Gentilly, MN.

To order memorial trees or send flowers to the family in memory of George Delage, please visit our flower store.