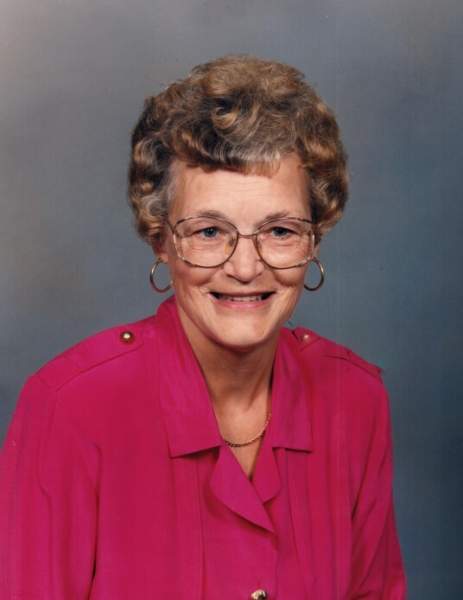 Genevieve Maxine Bruley, 92, passed away on Wednesday evening, November 24, 2021, in her longtime Crookston, MN home, while comforted by her son, Gary, who was at her side.

Genevieve was born at Warren, MN on February 25, 1929, the 12th of 13 children of the union of Everett and Nellie (Byrn) Taylor. The family later came to Crookston where she attended Crookston schools, graduating from Central High School as a member of the Class of 1947. She was united in marriage to Clarence Harvey “Classy” Bruley on June 27, 1947 and the couple made their home in Crookston throughout their married lives with the exception of a few years spent near Crookston, at Harold Station. Their marriage would be blessed by the births of 3 children, Bill, Linda, and Gary. Genevieve was employed in the housekeeping department of St. Francis Hospital, which later transitioned into the Villa St. Vincent, until her retirement in the early 1990’s. Classy passed away on April 1, 1987, and daughter, Linda Garcia, who was living in Hawaii with her family, passed away there unexpectedly on April 27, 2018.

Genevieve’s favorite pastimes were spending time in her garden or in a boat on the nearby lakes fishing. She enjoyed traveling, especially the trips she made to Hawaii where she and Linda would walk the beaches so she could collect seashells. Genevieve was a longtime member of the Cathedral of the Immaculate Conception parish. She will be very loving remembered and sadly missed by her family and all who were a part of life.

A memorial service celebrating the life of Genevieve Bruley will be held at 10:30am, Wednesday, June 15, 2022, at the Stenshoel-Houske Funeral Home in Crookston with The Rev. Joe Richards, officiating. Visitation with the family will be for one hour prior to the service. The funeral will be livestreamed by going to Genevieve’s obituary page at www.stenshoelhouske.com and clicking on the prompt to view. Burial will take place in the Calvary Cemetery, Crookston.

To order memorial trees or send flowers to the family in memory of Genevieve Bruley, please visit our flower store.