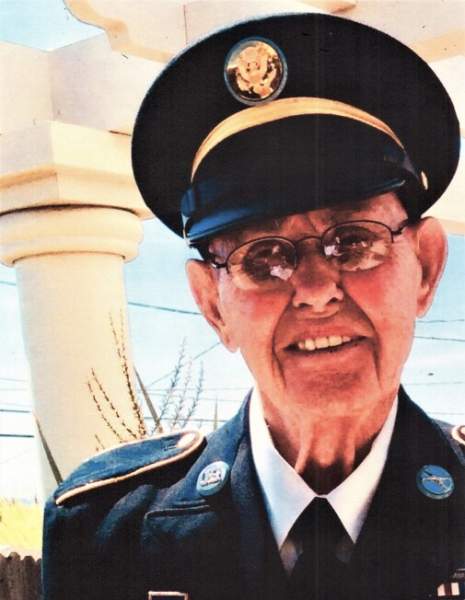 Gene Oliver Helgeson was born on April 17, 1929 to a loving family near Crookston, Minnesota. As a child, Gene enjoyed the adventures of farm life and as a teen living in town, he was perhaps best known as a post on the Pirate basketball team. He served two tours of service in Vietnam, for which he was awarded the Silver Star for “repeated gallant actions under intense enemy fire.”

In 1970, Gene met and married the love of his life, Wanda Lee Johnson, also from Crookston. And after retiring from the Army, Gene relocated to Cheney near Spokane, Washington, where he earned his bachelor’s degree and began a variety of pursuits: from teaching high school shop and driver's ed to directing Spokane Transit Authority's Special Transportation division. Gene assumed leadership roles at St. Rose of Lima Catholic Church, grew tomatoes, bowled, golfed and enjoyed raising his large family. Eventually, Gene and Wanda retired in San Manuel, Arizona, near Tucson where Gene was parish council president and Knights of Columbus Grand Knight.

Gene loved dancing with Wanda, laughing with friends and family, and giving warm, strong hugs to express his love. Gene passed away peacefully on January 14, 2021. He will live forever within the hearts and minds of all those who he touched.

A Graveside Service for Gene Helgeson will be held at 1:00 p.m., Friday, October 8, 2021, in the Calvary Cemetery, Crookston, MN, with Deacon Dennis Bivens, officiating. Military Honors will be provided by the MN National Guard Funeral Honors Team of Moorhead. The service will be livestreamed by logging on to Gene’s obituary page at www.stenshoelhouske.com and scrolling to the bottom of the page to click on the prompt to view. Due to limited seating please consider bringing a lawn chair, umbrella, and sunglasses if needed.

Online registry and messages of condolence may be conveyed by going to www.stenshoelhouske.com

To order memorial trees or send flowers to the family in memory of Gene Helgeson, please visit our flower store.