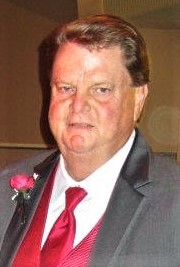 Gary was born in Crookston on June 8, 1953, one of 4 children of the union of Norman and Myrtle (Holte) Hanson. He grew up in Nielsville, was baptized and confirmed in St. Petri Lutheran Church, and attended school in Climax. Gary farmed with his father in Hubbard township, near Nielsville, and worked on other farms for several years. He was also employed at the fertilizer plant in Climax, MN and drove a sugar beet truck for area growers during the fall harvest.

Gary loved sports of all kinds. While in high school he played basketball and until recently never missed watching the local high school teams playing their games. He participated in men’s softball leagues and tournaments for many years, and as the muscles and bones began to take longer to recover Gary realized it was time for the “youngsters” to take over. He loved golfing with his buddies as they played all the courses in the area. The competition may have been fierce, but it was always friendly. He enjoyed watching professional and college sports on television and was a diehard Bison fan.

Gary is survived by his brother and 2 sisters: Darrell Hanson of Fargo, ND, Diane and husband, Donald, Auteri of Sebastian, FL, and Debra and husband, Kevin, Braaten of Dayton, MN; 5 nieces and nephews; and many great-nieces and great-nephews, cousins, and friends. Gary was preceded in death by his parents, Norman and Myrtle Hanson; and his longtime companion, Cheryl Nelson, who passed away on October 30, 2017. Blessed be the memory of Gary Dean Hanson.

The funeral service for Gary Hanson will be held at 10:30 a.m., Monday, September 27, 2021, in the Stenshoel-Houske Funeral Home in Crookston with Celebrant Trey Everett, officiating. Visitation will be for one hour before the service and burial will follow in the St. Petri Cemetery, rural Nielsville. The service will not be livestreamed.

To order memorial trees or send flowers to the family in memory of Gary Hanson, please visit our flower store.