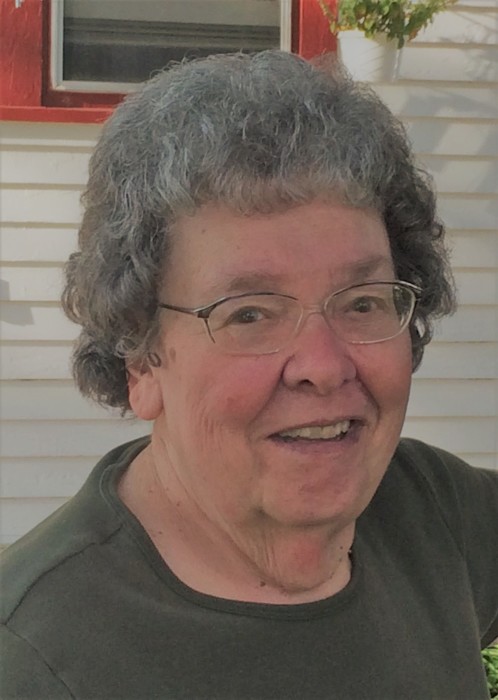 Fern Violet LaFleur, 91, beloved mother, grandmother, and great-grandmother, passed away peacefully, with her family at her side, early Thursday evening, October 4, 2018, at the Villa St. Vincent in Crookston.

Fern was born on August 31, 1927 at Oak Park, IL, the oldest of two daughters of the union of William and Julia (Peters) Carlson. The family moved to Walla Walla, WA and after a few years came to Crookston, where she received her education and graduated from Central High School. Fern was united in marriage to Theodore T. “Ted” LaFleur on July 25, 1946 at the First Christian Reformed Church in Crookston. Together, Fern and Ted raised their three children: Bill, Dennis, and Susan with great love and devotion. While Fern created a very warm, welcoming home for family and friends, she was also employed for a few years at the Crookston Hotel and the Crookston Steam Laundry. Ted owned and operated Ted LaFleur TV and Electronics, with Fern doing the bookkeeping for the business until their retirement in 2012.

Fern and Ted were very faithful members of the First Christian Reformed Church. Traveling to visit family in Michigan, Las Vegas, Arizona, and the Iron Range was always a fun time to look forward to; as were their annual trips to the Minnesota State Fair, which also served as Fern’s birthday present. Fern had a rather large collection of bears, and thimbles and souvenir plates she brought home from their travels. Day trips were always a favorite as she and Ted went for drives, people-watched at the nearby mall, and stopped somewhere to eat. Fern enjoyed working in her garden and sewing for her family. Entertaining everyone during the holidays made for wonderful memories, enhanced by a house filled with the aroma of her famous apple pies. Sadly, Ted passed away on April 7, 2015.

Fern will be remembered fondly for her love of ice cream; keeping her mind sharp solving sudoku puzzles; knowing how to get any stain out; and having her hair done like clockwork every Wednesday at 1:30 for years and years. Throughout the decades Fern had a great appreciation and deep love for her wonderful neighbors in Sampson’s addition. Fern’s greatest joy was her children; and she was especially proud of her grandchildren and great-grandchildren, and all their accomplishments. They all rejoice in the knowledge that she and Ted are together again.

The funeral service honoring the life of Fern Violet LaFleur will be held at 3:00pm, Saturday, October 13, 2018, at the Stenshoel-Houske Funeral Home in Crookston with Pastor Bill Humiston, officiating. Visitation will be for one hour prior to the service. Interment will follow in the Oakdale Cemetery, Crookston.

To order memorial trees or send flowers to the family in memory of Fern LaFleur, please visit our flower store.