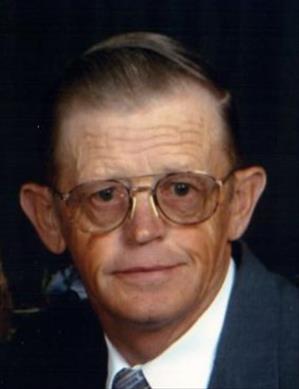 Eugene Alton Solheim, 79, of Crookston, MN, passed away peacefully at his home Monday evening, February 27, 2017, with his beloved wife, Carol, and other family members at his side.

Eugene had been recently diagnosed with an aggressive form of leukemia. He was born on the Solheim family farm near Climax, MN on February 13, 1938, the 4th of 6 sons of the union of Julius M. and Ida (Skretvedt) Solheim. He was baptized at the Sand Hill Lutheran Church, rural Climax, and at the age of 3 moved with his family to Onstad Township, near Crookston. Eugene was confirmed at St. Paul's Lutheran Church in Crookston and attended District #75 elementary school. While a student at Crookston's Central High School he enjoyed playing intramural basketball, and later earned his diploma as a member of the Class of 1956. Following graduation Eugene began his lifelong employment with Elk River Concrete in Crookston. His early years were spent working in the yard before moving to the position of dispatcher in 1972. In 1989 Eugene became Plant Manager. He held that post until retiring in 1998 after a long and rewarding career.

On October 16, 1958 Eugene was united in marriage to Carol Lynn Demarais at St. Paul's Lutheran Church. Their marriage would be blessed in the coming years by their 4 children: Dean, Susan, John, and Steven. Eugene and Carol were devoted members of St. Paul's Lutheran Church and Eugene volunteered his time as an usher for many years. He held a longtime membership in the Crookston Gun Club; was an avid golfer, enjoyed deer-hunting with family and friends, liked doing carpentry, and looked forward to playing cards with his brothers. Together, Carol and Eugene became known for making the most awesome doughnuts and lefsa. The couple enjoyed traveling, especially bus trips to the east coast and New York, and west to Banff, Calgary, and other stops. A source of many great stories and fun memories, was a train trip they made to San Diego several years ago that was plagued by lots of rain and necessitated several transfers from train to bus and back again before reaching their destination. Eugene was grateful for the time he shared with Carol and their kids and families, and was very proud of all they accomplished. He will be dearly missed.

Eugene leaves his beloved wife of 58 years, Carol; their 3 children and spouses: Susan and Greg Spillman of Brooklyn Center, MN, John and Carolyn Solheim of Eagan, MN, and Steven and Kelly Solheim of Shakopee, MN, who are currently serving as missionaries in Honduras, Central America; daughter-in-law, Diane Solheim of Crookston, MN; 5 grandchildren: Jared Solheim and his wife, Ceara, of Fisher, MN, Mandy Horak and her husband, Aaron, of Crookston, MN, Vivian Spillman of Brooklyn Center, Tyler Solheim of Eagan, and Nicholas Solheim of St. Paul, MN; 3 great-grandchildren: Mason and Deeken Solheim and Quincy Horak; 2 brothers and their spouses, Harvey and Janet Solheim, and Donald and Mary Beth Solheim of Crookston; 2 sisters-in-law, Mary Solheim and Marilyn Solheim of Crookston; and many nieces, nephews, cousins, and other relatives. He was preceded in death by his son, Dean Solheim, who passed away on February 3, 2014; parents, Julius and Ida Solheim; 3 brothers, Ronald and Ardel Solheim, and Jerry, who died as an infant; and parents-in-law, Lewie and Vivian Demarais. May God richly bless the memory of Eugene Alton Solheim.

A memorial service for Eugene Solheim will be held at 10:30 a.m., Friday, March 3, 2017, at St. Paul's Lutheran Church in Crookston, MN, with The Rev. Karen Young Trenne, officiating. Visitation with the family will be at the Stenshoel-Houske Funeral Home on Thursday from 5-7:00 p.m., with a 7:00 p.m. prayer service and time of sharing, and also at the church for one hour prior to the funeral. Inurnment will be at the Hafslo Cemetery, rural Crookston, in the spring.

Prayer service and time of sharing at 7 PM.

To order memorial trees or send flowers to the family in memory of Eugene Solheim, please visit our flower store.