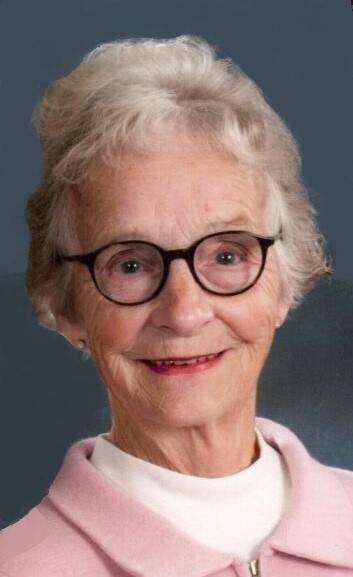 Emma Oline Borslien, 85, recently of Twin Valley, MN, and a former longtime Crookston, MN resident, passed away at the Twin Valley Living Center early Monday morning, October 30, 2017. Emma and her twin sister, Evelyn, were born on April 11, 1932 at Wibaux, MT to Casper and Elise (Lund) Bondley. Emma was baptized in the Lutheran faith and at the age of 3 moved with her family to Plummer, MN. A year later the family moved to their new homestead near Thief River Falls. Emma was confirmed at the Silverton Lutheran Church and attended Lincoln High School in Thief River Falls. On May 21, 1950 she was united in marriage to Gilmore Iver Borslien at Thief River Falls. Through the years they would be blessed by the births of their 6 children: Bernhard, Lester, Paul, Tony, and twins, Janet and Jane. Emma and Gilmore moved from Thief River Falls to Owatonna, MN in 1951, and then to Crookston in 1954. Emma led a very busy life as wife, mom, and homemaker, while also working as a nurse’s aide at the Bethesda Hospital. In 1972 she realized her long-held dream of becoming a nurse, earning her degree as an LPN from the St. Francis School of Practical Nursing in Crookston. Emma continued her employment at Bethesda Hospital, later known as Riverview Hospital, in her new role, until retiring in 1994. In semi-retirement she did private duty nursing in the Crookston-Grand Forks area for several years.

Emma was a devoted member of Our Savior’s Lutheran Church and the Evening Guild. She was also a member of the church’s Sewing Club, where she enjoyed the fellowship of many good friends until several months ago when her health began to fail. In past years, Emma had also been active in the local Red Cross Blood Drives and the American Legion Auxiliary. Emma and Gilmore enjoyed traveling, including trips as far away as Norway and Sicily. Sadly, Gilmore passed away on July 6, 2011. Emma continued to devote her life to her faith and her family. Always willing to help wherever and however she could. She enjoyed many hobbies: sewing, quilting, crocheting and her favorite, (like her mom) knitting. This hobby also brought her to craft shows where she would sell some, make new friends, and learn new ideas. She would also bless her family with these creations. Another of Emma’s favorite pastimes was her lifelong love of growing plants and flowers throughout her gardens.

The funeral service for Emma Borslien will be held at 10:30am, Friday, November 3, 2017, in Our Savior’s Lutheran Church in Crookston with The Rev. Steve Bohler, officiating. Visitation will be in the Stenshoel-Houske Funeral Home on Thursday from 5-7:00 pm, with a 7:00 pm prayer service, and at the church for one hour prior to the funeral. A graveside service will be held in the First Evanger Lutheran Cemetery in Fertile, MN at 1:30 pm Friday.

To order memorial trees or send flowers to the family in memory of Emma Borslien, please visit our flower store.