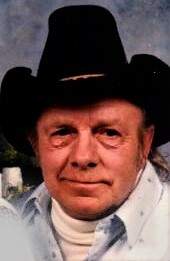 Elmer was born on April 29, 1937 in Crookston, MN to Elmer (Sr.) and Margaret Green and was one of three children. Elmer tragically lost his mother during the winter storm of 1941 when he was only three years old. They would later publish a book about his mother Margaret and her story, titled, “Looking for Candles in the Window”.  Elmer spent all of his early years growing up in the Crookston area while also attending Crookston High School.  Elmer met his wife Ervena (Stickel) in Crookston where they were then united in marriage at Our Saviors Lutheran Church, on April 5, 1957, later having two sons together, Craig and Randy.  Elmer was a member of the United States Air Force where he served from 1957-1960 and was stationed in Topeka, KS, later being deployed to Okinawa, Japan. Following his time in the military Elmer moved back to the area, first to Thief River Falls, MN, where he would manage a turkey farm. He then would move back to the Crookston area, where for over forty years he worked as a truck driver for several different companies in the area.

Elmer loved spending as much time outdoors as he could. Whether it was deer hunting in the Middle River area, or going for drives in the country around Crookston. He also enjoyed listening to talk radio, dancing, and snowmobile racing. Most importantly, Elmer loved spending time with his family, especially his grandchildren.

A memorial service will be held to honor Elmer’s life on Thursday, March 8, 2018, at 5:00pm at Stenshoel-Houske Funeral Home in Crookston, MN. Visitation with the family will be held one hour prior to services. Burial will take place at Oakdale Cemetery in Crookston, MN on a later date. Pastor Steve Bohler will be presiding.

To order memorial trees or send flowers to the family in memory of Elmer Green (Jr.), please visit our flower store.