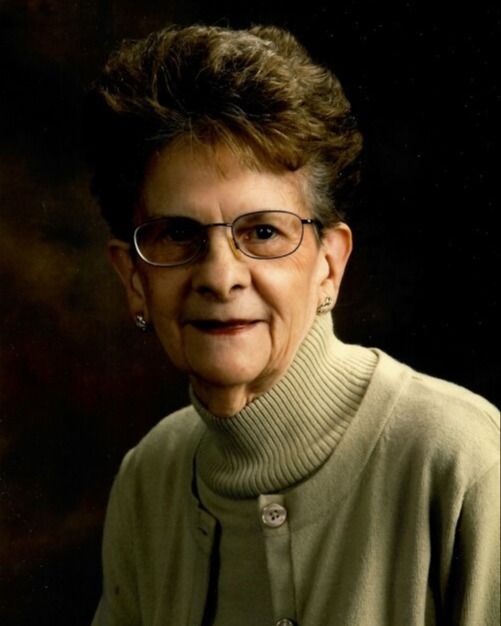 Ella was born on September 8, 1931 on the family farm near Brooks, MN to Charles and Dorilda (Carriveau) Davis.  After graduation from Oklee High School with the Class of 1949 she moved to Crookston, MN where she met the love of her life, Warren Hanson.  Warren and Ella were united in marriage on May 18, 1953.  Their union would be blessed with three sons: Mike, Scott, and Todd; and eventually two daughters-in-law; three grandchildren; and five great-grandchildren.  Sadly, Warren passed away in April of 1978. On April 6, 1990, Ella married Durward “Sonny” Peterson.  Ella enjoyed a long and successful career with Crookston’s Tri-Valley Opportunity Council, retiring as Human Resource Director in February of 1999.  Following Ella’s retirement, she and Sonny moved to Glenwood, MN while spending a few winters in Pharr, TX until health issues prevented travel. Sonny passed away in February of 2018.  During Ella’s later years she became a resident of Hilltop Assisted Living in Watkins.  She always had a loving caretaker nearby as her son, Scott, was right down the road, living in nearby Eden Valley.  She spent many weekends at Scott’s home until her health issues made travel much too difficult.  Ella loved her Lord Jesus and was a faithful prayer warrior for her family and friends.

A Memorial Service honoring Ella’s life will be held at 11:00 a.m., Friday, July 29, 2022, at the Cathedral of the Immaculate Conception in Crookston, MN with Msgr. David Baumgartner, presiding. Visitation with Ella’s family will be for one hour prior to the Mass. A family graveside service will follow at the Calvary Cemetery in Crookston. Both services will be livestreamed by going to Ella’s obituary page at www.stenshoelhouske.com

To order memorial trees or send flowers to the family in memory of Ella Peterson, please visit our flower store.