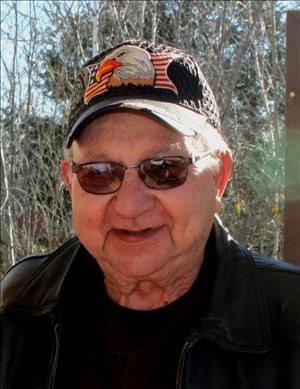 Edward Edmond Tulibaski, 72, of Crookston, MN, passed away unexpectedly of natural causes at his home on Monday, February 27, 2017. Ed, as he was affectionately known, was born on October 21, 1944, on the family farm of his parents, Bruno and Effie (Stancyk) Tulabiski, near Argyle, MN. He was baptized and confirmed in the Catholic faith, and graduated from Argyle High School in 1962. Ed was united in marriage to JoAnne Zippa on February 8, 1964 at the St. Rose of Lima Catholic Church in Argyle. They had 3 children: Lisa, Becky, and Brenda. In 1965 Ed and JoAnne moved to Hibbing, MN, where Ed drove a semi for the Longyear Company of Keewautin, making deliveries across the United States and Canada. In 1974 the family came to Crookston and Ed was employed by the American Crystal Sugar Company. He and JoAnne divorced in 1991. Most of Ed's career with Crystal was spent as a Certified Welder until his retirement on August 31, 2006. He was very proud of the opportunity afforded him to pass on his welding skills to others. He married Claire Rhode in 1994 and the two were divorced in 2004.

Ed was a member of the Sons of the American Legion in Crookston, and a life member of the VFW Auxiliary. He enjoyed hunting, fishing, and spending time with his family and friends. Ed was very proud of his children, grandchildren, and great-grandson, and his sense of humor will be remembered fondly by all who knew him. In later years he enjoyed watching the Minnesota Vikings and never missed a game. He will be very sadly missed.

Ed is survived by 2 daughters, Becky Visser and her husband, Bruce, of Ada, MN and Brenda Tulibaski of Eden Prairie, MN; 4 grandchildren: Aaron, Justin, and Kaylee Wangen, and Adam Visser; and a great-grandson, Barrett Anderson. He also leaves 2 brothers, John Tulibaski of Calumet, MN and Joe Tulibaski of Argyle, MN; 2 sisters, Theresa LaBine of Hibbing, MN and Joann LaBine of Moorhead, MN; and many nieces, nephews, and other relatives. He was preceded in death by a daughter, Lisa Ann Wangen; his parents, Bruno and Effie; sister and brother-in-law, Lucille and Leonard Gajeski; brother and sister-in-law, Frank and Carolyn Tulibaski; sisters-in-law, Carol and Colleen Tulibaski; and brothers-in-law, Dennis and Dale Labine. Blessed be the memory of Edward Edmond Tulibaski.

A memorial service for Edward Tulibaski will be held at 11:00 a.m., Saturday, March 4, 2017, at the Stenshoel-Houske Funeral Home in Crookston, with The Very Rev. Vincent Miller, presiding. Visitation with the family will be for one hour prior to the service and a Rosary will be said at 9:30 a.m. which is open to the public. Inurnment will take place at St. John the Baptist Catholic Cemetery in Argyle, MN in the spring.

Saying of the Rosary will be Saturday morning at 9:30AM at the funeral home and is open to the public. Visitation will begin at 10:00AM until the time of the service.

To order memorial trees or send flowers to the family in memory of Edward Tulibaski, please visit our flower store.