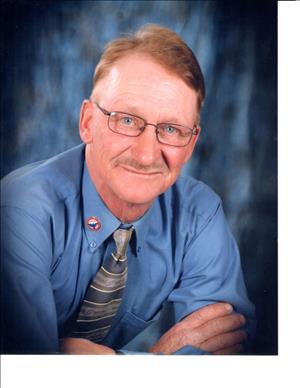 Douglas Eugene Wick, 64, of Crookston passed away July 11, 2015 at Altru Hospital in Grand Forks, ND. Doug was born May 21, 1951 in Crookston Minnesota to Kenneth and Marge (Steinert) Wick, he was the oldest of the three children. He attended Mount St. Benedict, and graduated from Central High School in 1969. He then began working for Donarski Brothers, Strata Corporation and Bradshaw as a heavy equipment operator. He worked at Crookston Building Center as a yard man and at Captain Crooks until his two year battle with cancer became too much. In December 1976, Doug married Charlotte Rouland, and together they raised three children; Ingrid, Nathaniel and Alexander. Doug enjoyed fishing and camping at Long Lake with his best friend John. He loved the outdoors, working on vehicles, spending time with his family and off-roading activities. He liked to keep busy and did everything at a fast pace. He is survived by his children, Ingrid (partner, Michael) Wick, Nathaniel Wick and Alexander Wick; grandchildren, Parker Wick, Exzavior Adame Wick and Aaliyah; sisters, Karen (Les) Gervais and Janet (Kevin) Krause. Doug is preceded in death by his parents. A memorial service will be 11AM Wednesday July 15 at Stenshoel-Houske Funeral Home of Crookston. Visitation will be one hour prior.

To order memorial trees or send flowers to the family in memory of Douglas Wick, please visit our flower store.