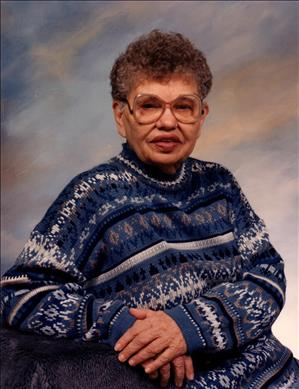 Dorathea Belle Mosher, 86, of Crookston, MN, passed away peacefully Saturday, July 29, 2017, in the RiverView Care Center in Crookston. Dorathea was born at Terrebonne, MN on August 20, 1930, the daughter of Harry F. and Wilma B. (Menge) Logan. Her early years were spent with her family on their Terrebonne farm before moving to Beltrami, MN to make their home. Dorathea was a graduate of the Fertile High School. She was united in marriage to Richard Mosher and their marriage was blessed by the births of 3 children: Sherry, Craig, and Dane. Dorathea and Richard lived in Beltrami where they were in business. Sadly Richard died in an accident in 1951. Dorathea had continued to make her home in the area to the present time.

Family members include her daughter and 2 sons: Sherry Larson of Sioux Falls, SD, Craig (Linda) Mosher of Nashville, TN, and Dane Mosher of Fargo, ND; 6 grandchildren and 6 great-grandchildren: Jennifer Larson of Kansas City, MO, Mitchell Larson of Sioux Falls and his 2 sons, Robert and David, Monica (Brian) Thompson of Cranberry Twp, PA and their sons, Andrew and Tyler, Megan (Brian) Gesell of Nashville, TN and their children, Celia and Beau, Karlie Mosher of Hutchinson, MN, and Christopher Mosher of Perham, MN; a brother and sister-in-law, James and Joyce Logan of Moorhead, MN; and other relatives. In addition to her husband, Richard, Dorathea was preceded in death by her parents, Harry and Wilma Logan; son-in-law, Harold Larson; and sister, Carole Dale.

A private family memorial service will be held. Memorials may be given in Dorathea's name to the RiverView Care Center, 323 South Minnesota Street, Crookston, MN 56716.

www.stenshoelhouske.com
To order memorial trees or send flowers to the family in memory of Dorathea Mosher, please visit our flower store.