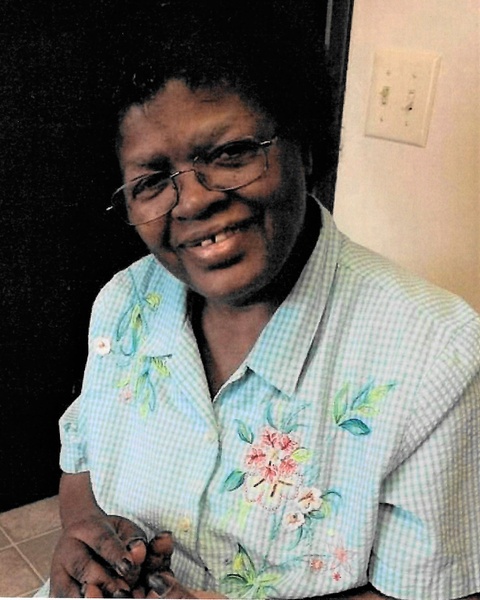 Hand delivered by a local florist

Dora Mae LaMour, 70, of Crookston, MN, passed away at the Benedictine Living Community Crookston on Saturday morning, July 30, 2022 after a lengthy illness.

Dora was born in Abernathy, TX on November 26, 1951, the daughter of Bruce and Dellie Mae (McDonald) Sr. She was raised in Abernathy and baptized in to the teachings of the Baptist faith. Dora was employed for several years in the custodial departments of Texas Instruments and Texas Tech University at Lubbock, TX. She would later move away and was united in marriage to Eddie LaMour. After living in various parts of the country Dora found her way to Crookston where she became a resident of Care and Share. She eventually earned her Certified Nursing Assistant credentials and began working in that capacity at Care and Share, the Mount St. Benedict Monastery Infirmary, and Villa St. Vincent Nursing Home. Dora formed many lasting friendships among her co-workers and others in the community and enjoyed working with patients and residents who needed her kindness and gentle care. With her health in decline Dora became a resident of the Villa in March of 2017.

Dora leaves a sister and 4 brothers: Larice Clayborne of Kansas City, MO, Bruce Mason Jr., Will (Peggy) Mason, and Paul (Belinda) Mason, all of Lubbock, TX, and Lon Mason (Dr. Kevin Fitzpatrick) of Denver, CO; an aunt, Dorothy Parrish of Lubbock; and many nieces, nephews, extended family, and Crookston friends. She was preceded in death by her parents, Bruce and Dellie Mason Sr.; brother, Robert Mason; and sister, Jessie Mae Mason. Blessed be the memory of Della Mae LaMour.

A memorial service for Dora will be held at 10:30 a.m., Thursday, September 29, 2022 in the Chapel of the Benedictine Living Community Crookston with Fr. David Baumgartner, presiding. Visitation will be for one hour prior to the service. The funeral will be livestreamed by going to Dora’s obituary page at www.stenshoelhouske.com no more than 10 minutes before the scheduled start and scrolling to the bottom of the page and clicking on the prompt to view.

To order memorial trees or send flowers to the family in memory of Dora Mae LaMour, please visit our flower store.