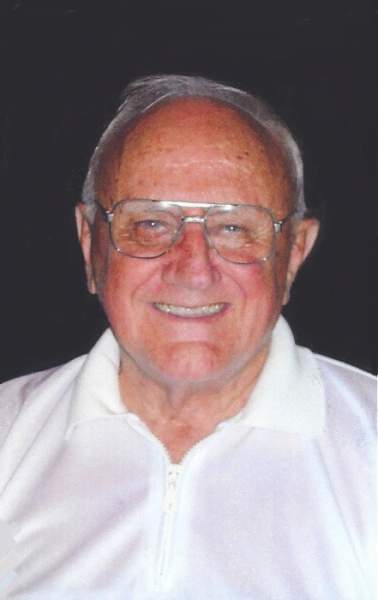 Donald James Normandin, 84, of Sleepy Eye, MN, and a former longtime Crookston, MN resident, passed away at the Divine Providence Community Home in Sleepy Eye on Wednesday, March 21, 2018, with family at his side.

Don was born in Gentilly Township of Polk County, near Gentilly, MN, on June 12, 1933, the son of Orphier and Leah (Amiot) Normandin. He was baptized and confirmed at St. Peter’s Catholic Church in Gentilly, and received his education at the Midway School in rural Red Lake County, and later at Lafayette High School in nearby Red Lake Falls.  On September 24, 1954 Don was united in marriage to Erma Joan Cote at Terrebonne, MN. Don and Erma made their home in Gentilly where they started their family, which included five children: Lawrence, Francis, Kenneth, Jean, and Judy.  Don was employed by plant services at St. Francis Hospital in Crookston. In 1967 the family moved into Crookston and a few years later Don began working at the University of Minnesota Technical College in the plant services department.  He retired from the University of Minnesota-Crookston, as it later became known, after twenty-nine years of dedicated service. Don loved woodworking and creating beautiful cabinetry and other pieces. He also built a few lake cabins for family members, always adhering to the principle, “Measure twice, cut once.”  In 1999 he and Erma moved to New Ulm, Mn to be near their son, Lawrence, and in 2003 returned to Crookston. Sadly, Erma passed away on May 8, 2008. Don moved to the Divine Providence Community Home on November 21, 2014 to once again be closer to his family.  He was a longtime member of the Cathedral of the Immaculate Conception parish in Crookston.

Don’s memory will be forever cherished by his five children and their spouses: Lawrence and Annette Normandin of New Ulm, MN, Francis and Denise Normandin of Belle Plain, MN, Kenneth Normandin of Nicolett, MN, Jean and Terence Rouland of Little Falls, MN, and Judy and Randy Radke of Brookston, IN; several grandchildren and great-grandchildren; a brother, Richard Normandin and his wife, Debbie, of Crookston, MN; a sister, Madonna Weber and her husband, Ray, of Britt, MN; and many nieces, nephews, other relatives and friends. In addition to Erma, his beloved wife of fifty-three years, Don was preceded in death by his parents, Orphier and Leah Normandin; and a brother, Lawrence Normandin.

Mass of Christian Burial for Donald James Normandin will be celebrated at 2:00 p.m., Tuesday, April 3, 2018, at the Cathedral of the Immaculate Conception in Crookston with The Very Rev. Vincent Miller, presiding. Visitation will be at the Stenshoel-Houske Funeral Home on Monday from 5-7:00pm, with a 7:00pm prayer service, and at the Cathedral for one hour prior to the Mass. Interment will be in Calvary Cemetery, Crookston, in the Spring.

To order memorial trees or send flowers to the family in memory of Donald Normandin, please visit our flower store.