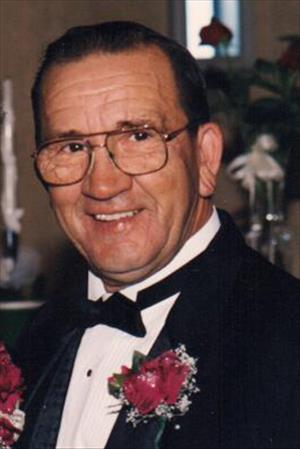 Donald T. Johnson of Climax Minnesota passed away Saturday November 21, 2015 at his daughters' home with family by his side. Funeral services will be at 11 a.m. Saturday, November 28, 2015 in the Climax Lutheran Church in Climax, MN. Visitation Friday evening at the Stenshoel-Houske Funeral and Cremation service in Crookston from 5 to 7 p.m. with a prayer service beginning at 7 p.m. Burial will be at Sand Hill Cemetery.

Don was born in Crookston Minnesota on February 18, 1937 to Charles and Mamie (Berg) Johnson. He graduated from Climax School in 1955. After graduation Don joined the Navy and served as a machinist mate on the USS Brinkley Bass. Don married Carol Scully and they were blessed with 3 children; Sandy, Brian and Shelly. They later divorced. Don married Beverly Erickson and they were blessed with Kim. Don worked for Shafer Construction and later on managed Bentwood Golf Course in Climax Minnesota. In his early years Don enjoyed basketball, boxing, softball and eventually golf. He loved the outdoors - - especially hunting and fishing. Don had a beautiful singing voice and enjoyed many music varieties, especially bluegrass and gospel. He was an active member at the VFW's in Monticello and in Crookston; and also the American Legion in Fisher Minnesota. He will be remembered as a hardworking, strong willed man, who loved telling stories of days past and joking with his grandchildren. Don was also known to never pass up a game of dice or cards or a trip to the casino. He is survived by his children, Sandy (Mick) Herkenhoff; Brian Johnson; Shelly Werden (Marshall); Kim (Jim) Cote; 10 grandchildren and 3 great grandchildren.

Siblings, Carol (Randy) Chaffee; Jimmy (Marlys) Johnson; Darrell (Peggy) Johnson; and Bobby (Joyce) Johnson. Don was preceded in death by his wife Bev; grandson Dominic Herkenhoff; Brother Carl Johnson; Sisters Sonja Tweeten and Linda Lou Johnson; and nephew John Johnson. The family wishes to express their gratitude to all those who cared for, helped, visited and prayed for Don through his illness.

To order memorial trees or send flowers to the family in memory of Donald Johnson, please visit our flower store.