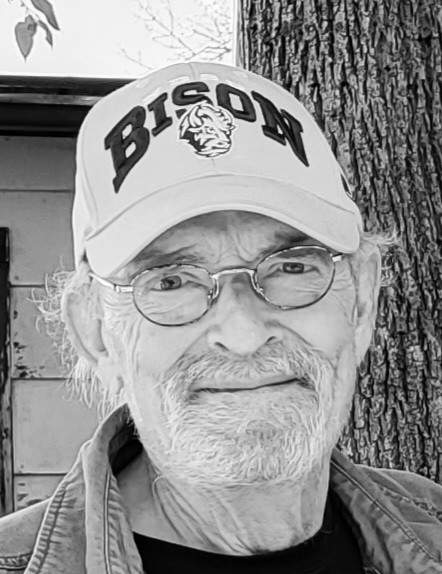 Donald Wayne Christie, age 76, of Crookston, MN, passed away at his home, surrounded by his daughters and his friends, on Saturday, July 30, 2022.

Don was born in Devils Lake, ND, on August 30, 1945, to Edward L. and Helene R. (Hingtgen) Christie. He was the youngest of five brothers, and he would recall an idyllic upbringing that included working at his parent’s meat market and having the world at his fingertips. Don graduated from Devils Lake High School in 1963 and would go on to receive a bachelor's degree from Jamestown College in 1967, a master's degree in education from California State University, Northridge in 1978, and a master’s degree in counseling from NDSU in 1984.  Don was married to his college sweetheart, Linda Peterson in 1966 and they were blessed with daughters Jessica and Larissa.

Don was a “7” on the enneagram, meaning he wanted to experience everything life has to offer without experiencing any pain or boredom. Although he experienced his share of pain, Don was not one to be bored. From an early age, he loved to play and continued his playfulness throughout his life. Don was passionate. He was a gifted musician who loved to sing and play the guitar and piano. During the summer of 1966, while he was on break from college, Don and Linda, along with 3 other band members, AKA The Windy Hill Singers, traveled to Yellowstone National Park. They spent the summer entertaining guests at the Old Faithful Inn.  Later that year, they returned to Jamestown College to perform a sold-out Homecoming concert.

Initially, Don worked in various positions, including being a high school teacher in Oaks, ND, an admissions counselor for Jamestown College, a salesman in New York City and Los Angeles, and a secondary school teacher in northern California.  He eventually settled into a distinguished profession as a psychotherapist in Fargo, Grand Rapids, and eventually Crookston, MN. Don was a consummate professional that led by example. He took his profession as sacred, worked with clients through a combination of heart and wisdom, and directed his clinical team with the same. Don retired from a near thirty-year career as a psychotherapist from the Northwestern Mental Health Center in Crookston in May of 2015.

Don really was an uncommon man.  An avid reader, he was insightful and thought deeply about complex issues to the point where he could explain them with simplicity. He was often struck by the absurdity of the world yet did not give into cynicism. Instead, he found judgment to be just a lack of understanding, so he was eternally hopeful, ever grateful, finding the best in us and the world.

Don could tell a good limerick and take as much pleasure in the joke as his audience. He loved to sing and occasionally bark. He was a man comfortable with ambiguity, a searcher, always leaning towards the mystical. A man of deep faith. A holy fool.

He was a great listener and storyteller. He delighted in others' delight. Don would often relay wisdom obtained from his participation in the Wood Lake Native American Church in St. Michael, ND, where he attended for several decades.

Don would say he wasn’t used to being sick, that he kind of lived a blessed life that way. He was still working on a collection of short stories, poems, and some musical recordings until his last days. Don was so grateful for his family. It would bring him to tears thinking how much the universe had blessed him.  The love for his daughters and grandchildren was immeasurable. He was always ready to share words of wisdom and encouragement to them. He loved to read stories to the grandkids and play with them; especially one original game, Weed, that was loved by all. Although separated by geography, they were always together by travel or phone. He spent time with his daughters, sons-in-law, and grandchildren individually. It was so important to him to connect on a deeper level.  Each of them has incredible stories/memories of Dad/Grandpa that make them smile/laugh/shake their heads. Also, his brothers, his church family, coworkers, clients, neighbors, and friends. Travel easy, Brother Don. You’ve done well in this life to live passionately and to love those around you as best you can, and you live on in all those blessed to have known you.

A private memorial service is being planned.

Death is the entrance into the Great Light. -Victor Hugo

To order memorial trees or send flowers to the family in memory of Donald Christie, please visit our flower store.