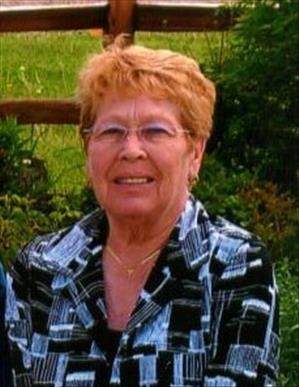 Diane Jean Rosenberg, 73, of Mentor, MN, passed away Tuesday afternoon, May 16, 2017, at Sanford Health in Fargo, ND, with her family at her side. She had been bravely struggling with a recent cancer diagnosis.

Diane was born at Crookston, MN on March 8, 1944, the daughter of Paul and Ruth (Jensen) Wilkens. She grew up on the family farm near Brooks and graduated from Plummer High School in 1962. Diane was united in marriage to Lowell J. Johnson on June 9, 1962 at Plummer, MN. The couple made their home in Crookston where they raised their 3 children: Cori, Shane, and Brian. Very sadly, Brian, passed away unexpectedly on August 10, 2016. Diane was employed at various Crookston businesses over the years, including the Crookston Airport and Jerry's Flying Service. Lowell passed away on January 9, 1986 after a lengthy illness.

In 1989 Diane moved to rural Mentor, MN and on October 22, 1994 she married Lowell Rosenberg at their Mentor farm. Diane and Lowell spent their time together doing over-the-road trucking and Diane also worked with him running his crop spraying business at Red Lake Falls. He passed away on July 3, 1996. For several years Diane served as Mentor's City Clerk and at the present time had been employed as the area auditor for the State of Minnesota's pull tab agency. She loved to play bingo, and enjoyed spending time outdoors in her vegetable garden, canning much of the produce (a passion she passed on to her sons.) Diane will be remembered as a hard-working, strong woman who loved her family.

Visitation with Diane's family will be held from 3-5pm, Sunday, May 21, 2017, at the Stenshoel-Houske Funeral Home in Crookston. There will be no service.

In lieu of flowers the family requests memorials be given in Diane's name to the charity of the giver's choice.

To order memorial trees or send flowers to the family in memory of Diane Rosenberg, please visit our flower store.