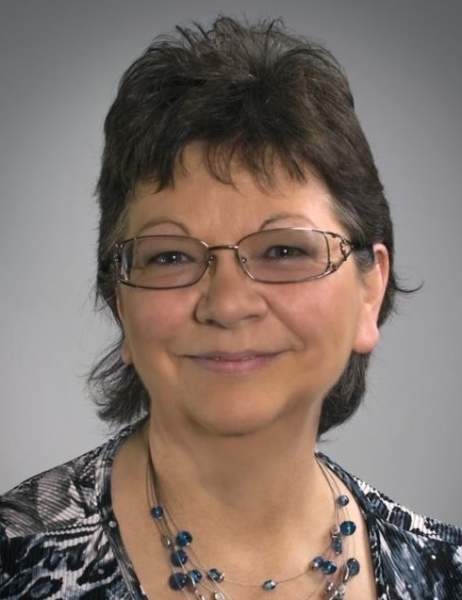 Diane Lynn (Opperud) Domier 62, went home to be with her Lord on Tuesday July 9, 2019 following a two-year courageous battle with Serous Uterine Lymphoma cancer. She passed away peacefully in her home, in the arms of her loving husband Jody, with her mother holding her hand, and surrounded by her family in Colorado Springs, CO. Diane was born on May 6, 1957 in Crookston, MN, to Raymond and Gladys (Meine) Opperud on her parents 7th wedding anniversary. Diane worked in the family Grand View Grocery Store and at Red Owl Grocery Store. She was a 1975 graduate from Central High School in Crookston, MN. Diane married her high school sweetheart, the love of her life and soul mate Jody Domier on September 18, 1976 and was Jody’s loving wife for 43 wonderful years. Diane and Jody had lived in several states; Minnesota, Wisconsin, North and South Dakota and Colorado. They made their final move to Colorado Springs 30 years ago. During their marriage they had two wonderful children Matthew and Michelle which she raised in a Christian loving home.

Diane received her Associate Degree in general accounting from Nettelton College in 1982 and was awarded her Bachelor of Science in Business/Accounting from the University of Phoenix in 2000. Diane enjoyed working in the defense industry as an accountant at Vectrus Systems Corporation. Diane was an active member of the Pikes Peak Christian Church, and she was a member of Gynecological Cervical Cancer Survivors Support Group. Diane loved spending time with family and friends, spoiling her children and her grandchildren. She enjoyed caring for and loving all her family pets through the years which she considered her "babies". She loved site seeing throughout the Rocky Mountain range, recognizing the beauty in everyone, everything and sharing her love of the Lord Jesus Christ's word.

Diane showed unimaginable strength throughout her battle with cancer. Diane is the light in so many of our lives and is treasured by so many. Diane is survived by her husband Jody and her children; Matthew (Richelle) Domier of Colorado Springs CO, and Michelle (Shawn) Rule of Columbus, GA. Her mother Gladys (Meine) Opperud of Crookston, MN, her siblings; Allan (Deb) Opperud of Elk River, MN, Julie (Gary) Krueger of Fosston, MN, Bonnie (Frank) Pahlen, of Red Lake Falls, MN, Gary (Mary) Opperud of Blaine, MN, Rose (Tony) Borslien of West Fargo, ND, Curtis Opperud of Fargo, ND, Mary Jo (Brian) Halos of Crookston, MN. and Lynette Woolever of Crookston, MN. She was the loving grandmother of her five grandchildren; Alyssa Domier Buffit, Angela Domier Rule, Jon-Anthony Rule, Savannah Domier and Collin Domier and many nieces and nephews and great nieces and nephews, she loved them all. Her aunts; Mrs. (Willard) Carol Meine, Mrs. LaVaun (Opperud) Swanson and Mrs. Eleanor (Opperud) Ness. Her mother-in-law Mrs. June Domier and her brother-in-laws; Earlland (Debby) Domier JR., Kim (Sue) Domier and Les (Jane) Domier.

A visitation and prayer service were already held for those in the Colorado Springs area on Thursday, July 11 at the Dove-Witt Family Mortuary in Fountain, Colorado. With a Celebration of Life held on Friday, July 12 at Pikes Peak Christian Church.

There will be a Celebration of Life Memorial Service on Friday, July 19 at 11:00 a.m. in Crookston, MN at Stenshoel-Houske Funeral Home 615 S Minnesota St, Crookston, MN 56716 with inurnment following at Oakdale Cemetery, Memorial Drive Crookston, MN.

In lieu of flowers the family of Diane and Jody ask that you prayerfully consider making a donation on Diane's Caring Bridge/GoFundMe website at: https://www.gofundme.com/Diane-Opperud-Domier.

To order memorial trees or send flowers to the family in memory of Diane (Opperud) Domier, please visit our flower store.