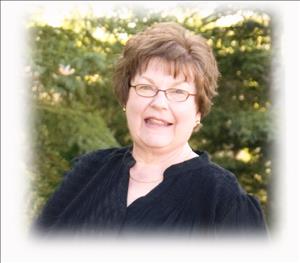 Diane Mary (Sirek) Hoiseth, age 66, of Crookston died January 18, 2016 at Riverview Health in Crookston Minnesota after a short battle with cancer. She was surrounded by her loving family. She was born in Crookston on February 1, 1949, the daughter of Robert and Dorothy (Drumheller) Sirek. She grew up in rural Red Lake Falls, MN, attended country school in rural Dorothy, MN , and graduated from Crookston Central High School in 1967.

After graduation, Diane worked at St. Frances Hospital, and the kitchen of Robert's Restaurant. Then on April 20, 1968 she was united in marriage to Jerry Hoiseth, her high school sweetheart, at Dorothy's Catholic Church in Dorothy, MN.

She and Jerry went to Fort Knox, KY, for six months so that Jerry could finish his military service. Upon returning to Crookston, Diane was employed as a Switchboard Telephone Operator for "Ma Bell". After the closing of the phone company, she was employed as the morning cook at the Villa St. Vincent, all the while she was raising their three children. In 1983 she started her own day care business and for 11 years cared for many children as her own. In 1996 she continued to care for others while working with the elderly and disabled through the Tri-Valley Opportunity Council.

Diane was a wonderful cook; everyone loved her fried chicken and potato salad. She enjoyed traveling with Jerry, especially out to California to visit her son Travis and his family. A great joy of hers was teaching Sunday School for over 30 years. Her faith was very important to her. She loved nothing better than to study the Word of God and to fellowship with her family and close friends over a cup of coffee. Diane was the rock and strength of her family. She was a source of wisdom and guidance for not only her family but friends as well. She will be greatly missed.

She was preceded in death by her parents, Robert and Dorothy, an infant sister, Jeanette; her husband, Jerry; a granddaughter Allison Diane Burns; her parents–in-law, Lloyd and Hazel Hoiseth.

Visitation will begin two hours prior to services.

To order memorial trees or send flowers to the family in memory of Diane Hoiseth, please visit our flower store.