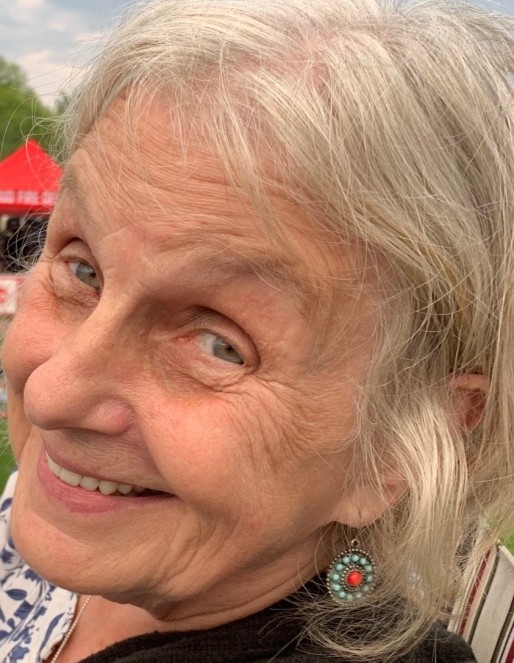 Dawn Newton, 79 of St. Cloud, MN (formerly of Crookston,MN) passed away peacefully surrounded by her family at Quiet Oaks Hospice House, St. Augusta, MN on December 18, 2021. She was a kind and loving soul, a friend to many--especially those less fortunate or marginalized--a proud mother to two daughters, grand-mother to six beloved grandchildren, an aunt, cousin, neighbor, mentor and revered teacher to a host of others who loved and appreciated her kind, compassionate and generous heart and quiet, gentle spirit.

Dawn Jeneen Newton was born on September 3,1942 to parents, Frank Hargrave and Hazel Clarice (Nelson) Hargrave in Moorhead, MN. She was a beautiful baby, loved and cherished by her parents and grand-parents, and was crowned "Little Miss Moorhead" in the annual city-wide pageant at the tender age of two. She attended Catholic elementary and middle school at St. Joseph Academy in Crookston, MN, where she developed a strong faith and special appreciation for the Sisters of St. Joseph who guided and cared for her. Following the sudden and tragic death of her father in a motor vehicle accident, Dawn returned to Moorhead in her early teens, attending and graduating from Moorhead High School in 1960. Thereafter, she attended Concordia College in Moorhead and married her high school sweetheart, Wayne Leonard Newton, in Moorhead in1962. Together they welcomed their first child, Rochelle Terese, in May of 1963. The couple made their home in Moorhead, where Dawn completed college and was awarded a Bachelor of Science degree in Social Work from Concordia University.

The family relocated to Crookston, MN in 1967 where both Dawn and Wayne began their careers. Dawn initially worked for a special education co-op serving Crookston and the surrounding rural area. Discovering a deep passion for education, especially teaching, in this role, Dawn later pursued graduate coursework, earning a Master's Degree in Special Education from Moorhead State University. She thereafter began teaching elementary school students on a 1:1 basis with Crookston Public Schools, developing strong bonds with many of her students and their families. In 1972, Wayne and Dawn welcomed their second daughter, Sarah Kristin, to the family.

After several years of working for Crookston Public Schools, Dawn's social work background began to lure her in a slightly different direction. She then accepted a position as Education Coordinator with the Minnesota Department of Corrections, where she was in charge of all inmate education activities at the minimum security correctional facility in Crookston. It was in this role that Dawn discovered both her greatest talent and her deepest passion--inspiring love of learning, motivation, confidence and educational accomplishment among those often least aware of their innate potential or otherwise cast aside by the traditional education system. Dawn served in this role for many years--a great majority of her working career--making the lion's share of her closest, like-minded and lifelong friends. True to her talents and passions, here Dawn inspired countless numbers of adult students to obtain milestone educational credentials--GEDs, trade certificates, high school diplomas and even college degrees--leading many to stable employment, heightened self-esteem, earnings potential, lifestyle options and choices. Dawn left the Crookston Corrections Center near the end of her career to establish an Alternative Learning Center (ALC) in joint collaboration with the Minnesota Department of Corrections and Crookston Public Schools.

Dawn served as Administrator of the ALC from inception through the first several years, though her love for teaching and guiding students ultimately drew her away from administrative work to once again teaching, inspiring and motivating individual students to achieve (and often exceed) academic milestones.  She continued as primary teacher at the ALC until she retired.

Dawn retired from teaching in 2008. She and Wayne relocated to St. Cloud shortly after her retirement to be near to both of their daughters and grandchildren. Dawn has been very active in local Alcohol Anonymous groups and activities in Crookston as well as throughout the St. Cloud area. She actively sponsored and mentored numerous newly joined members and was always there to support her fellow members, regardless of the time of day, surrounding circumstances, nature or severity of the issue at hand or personal inconvenience. She made many close and trusted friends through her vast AA connections, who in turn inspired and supported her as she did for them.  Dawn took her service to others very seriously and was very proud of her long-lived sobriety (30 years), her many contributions of time and talent and the accomplishments of the many individuals she mentored. She was dear to many and will be dearly missed by those she aided along her journey.

A Memorial Mass of Christian Burial will be celebrated for Dawn Jeneen Newton at 2:00 p.m., Friday, February 18, 2022, in the Cathedral of the Immaculate Conception, Crookston, MN, with The Rev. Patrick Sullivan, presiding. Visitation with the family will be from 1-2:00 p.m. and a reception will be held in the parish fellowship hall following the Mass. The service will be livestreamed by the Cathedral staff and can be viewed by going to www.crookstoncathedral.com 5 minutes before the scheduled start and clicking on the funerals prompt. The service will also be available for viewing for the next year as a recording by going to Dawn’s obituary page on the Stenshoel-Houske Funeral Home website beginning Monday, February 21st and may be viewed for the next 12 months. Messages of condolence may also be shared with the family by going to www.stenshoelhouske.com

To order memorial trees or send flowers to the family in memory of Dawn Newton, please visit our flower store.