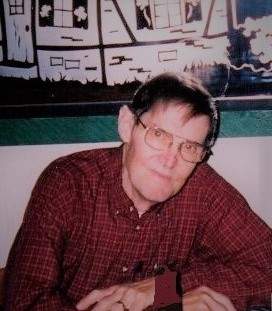 David Truman “Dave” Hume, 83, of Crookston, MN, passed away at Sanford Health in Fargo, ND early Thursday morning, August 2, 2018, with his family at his side. Dave had been bravely battling cancer for several months.

Dave was born at Kirkland, WA on April 17, 1935, one of 5 children of the union of LeRoy and Elma (Erickson) Hume. His early years were spent at Minot, ND and Mentor, MN before coming to Crookston, where he graduated from Central High School with the Class of 1953. Dave entered the US Army on September 23, 1954 and during the Korean War served as a forward artillery operator with Battery A of the 17th Battalion. He received his honorable discharge on September 14, 1956 and returned to Crookston. He remained a member of the Army Reserve until September 22, 1962. Dave was united in marriage to Beverly Joy Holz on September 28, 1957 at the Trinity Lutheran Church in Crookston. He was an extremely hard worker all his life and spent several years as a driver/salesman for the local Grain Belt Beer distributorship. Dave then managed Eagles Aerie 873 in Crookston, followed by employment with grounds and maintenance at Northwest Mental Health. He completed his working career as a sugar-end employee at American Crystal.

For over 60 years Dave was a member of Crookston Eagles Aerie 873 and was a past worthy-president. He also held longtime memberships in Crookston American Legion Post 20, VFW Post 1902, and the Humane Society of Polk County. He enjoyed going for long walks before failing health limited his ability to do so. Dave then channeled his energy to spending time on his computer, developing the skills needed to be right at home on the internet. He touched the hearts and lives of his family and friends, and he will be dearly missed by all.

A memorial service for David Hume will be held at 3:00 pm, Tuesday, August 7, 2018, at the Stenshoel-Houske Funeral Home in Crookston, MN with The Rev. Elise Pokel, officiating. Visitation with the family will be for one hour prior to the service. Military Honors will be provided by the Crookston Veterans Council and the MN National Guard Honors Unit from Moorhead, MN. Inurnment will take place in the Oakdale Cemetery, Crookston.

To order memorial trees or send flowers to the family in memory of David Hume, please visit our flower store.