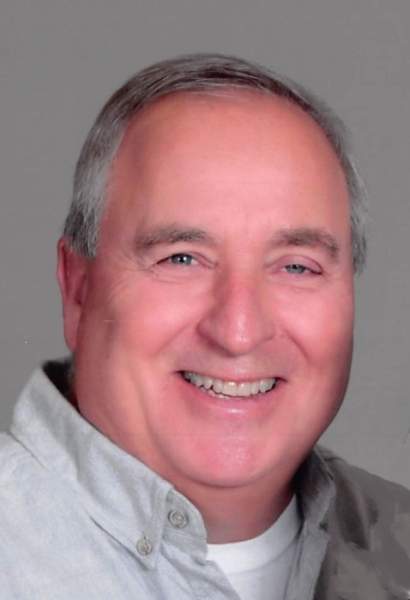 David Genereux, age 63, of Crookston, died unexpectedly on July 2nd, 2019.  Funeral Services will be held Tuesday, July 9th at 10:30 AM at the Cathedral of the Immaculate Conception Catholic Church in Crookston. Visitation will be Monday, July 8th at the Cathedral from 5:00 to 7:00 PM followed by a prayer service at 7:00 PM. Arrangements are with Stenshoel-Houske Funeral Home in Crookston.

David Wayne Genereux was the 11th of 19 children born to George Genereux and Juliette (Arel) Genereux on November 27, 1955 in Crookston, Minnesota. David grew up in Terrebonne, Minnesota, on the family farm. He was baptized and confirmed at St. Anthony’s Catholic Church in Terrebonne. He attended Mentor Public School graduating in 1974. David was in the U.S. Army. He served as a Military Police Officer in Germany. He was honorably discharged in 1980. After serving in the Army, he went to the University of Minnesota, Crookston, graduating in 1980 and continued his education through North Dakota State University, where he graduated in 1982. While attending UMC, David met Linnea Cooley and the two eventually married in St. Mary’s Catholic Church, Grand Forks, North Dakota, on June 6, 1981. The couple were blessed with four wonderful children. The family has lived in Crookston for the last 36 years.

David started working for Centrol Ag Consulting of Twin Valley in 1983 as an Agronomist. He was responsible for crop planning, crop monitoring, soil sampling, soil fertility management,  and precision agriculture. David was often on his computer finalizing paper work for his growers. He did this all to best serve his customers. He was a consultant for the Crookston area, including Euclid, Climax, Warren, Angus, Gentilly, Fisher, Beltrami, Red Lake Falls, and Dorothy.

Faith was important to David; he felt incredibly blessed by God. He was a member of Cathedral of the Immaculate Conception where he served as a Eucharistic minister, usher and was a Knight of Columbus. David was also involved with Northwest Minnesota Foundation, Minnesota Agriculture & Rural Leadership, National Alliance of Independent Crop Consultants, and numerous community committees. He received many Centrol awards; was awarded  the 2009 UMC Outstanding Alumni Award; and  in 2010 he was named  Consultant of the Year by the National Alliance of Independent Crop Consultants.

David was very generous, he enjoyed giving back and helping others. He had a dry sense of humor that took people awhile to figure out. David loved spending time with family. He enjoyed Tuesday date nights with his grandkids that  included dinner, baths, movies, play time, and the ultimate snack- Genereux homemade popcorn. He loved picking out the Christmas tree with each grandchild at Parnow’s Tree Farm. He frequently volunteered to take a nap with the grandkids in his lazy boy. He enjoyed seeing Stephanie and her boys stop by almost daily during the summer as they always wanted to see Grandpa and Mormor.  Some of David’s best times were fishing with Linnea and the boys; deer hunting with the boys, his brothers, and nephews with the annual planning meeting at his house; going on hunting adventures with Rick Besmehn and RC (Dave’s father-in-law) in Montana and adventures driving home from Alaska with Rick. He really loved his sports, especially football, wrestling and basketball. He spent many years helping with the high school football chain gang. Dave always wanted to be a “snowbird” and it became a reality in Mesa, Arizona, for the past five years. While there, he enjoyed looking at mountains, riding bike and walking around the neighborhood. He also enjoyed gardening, mowing the grass (because it meant his busy work season was slowing down), and playing cards.

To order memorial trees or send flowers to the family in memory of David Genereux, please visit our flower store.