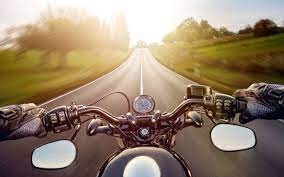 David Laurence Bradley, 74, a lifelong Crookston, MN resident, passed away at his home on Thursday, February 25, 2021. He had been in declining health for several years.

David was born on December 8, 1946 to LeRoy “Jack” and Esther (Normann) Bradley. While growing up in Crookston he was baptized and confirmed in the Trinity Lutheran Church and graduated from Central High School with the Class of 1964. Dave was then employed by the Dahlgren Sunflower Seed Company for a year before going to work for American Crystal Sugar in 1965. During these years he also enlisted in the US Army National Guard, serving with Crookston’s Bravo Company, 126 2nd Battalion from 1966 to 1972. While at American Crystal Dave was assigned to the sugar warehouse and later became a parts man in the Company’s storeroom. He retired in 2011.

Dave’s passions were cars and motorcycles, and throughout his lifetime he owned at different times over 300 automobiles and 100 motorcycles. He enjoyed traveling and for many years made the trip to Sturgis, SD for the annual Motorcycle Rally. Friends would usually find David working on projects in his basement workshop or in his garage taking care of whatever car or motorcycle he currently owned.

David is survived by an aunt, Alice Dupuis of Hamilton, MT; uncle, John Kenneth Normann of San Tan Valley, AZ; cousins; and Crookston friends: Craig Buness, Kristie Leas, Don Raiscott, and Dave Weber. He was preceded in death by his parents, Jack and Esther Bradley; and many aunts and uncles. Blessed be David’s memory.

A graveside memorial service for David Laurence Bradley will be held at 1:00 p.m. Wednesday, June 2, 2021 in the Oakdale Cemetery, Crookston. Military Honors will be provided by the Crookston Veterans Council and the MN National Guard Honors Team-Moorhead.

To order memorial trees or send flowers to the family in memory of David Bradley, please visit our flower store.