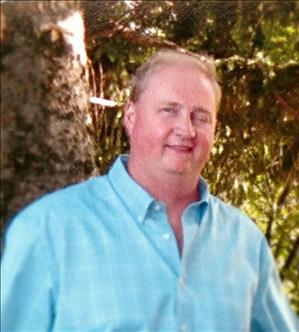 Services will be Monday, January 11, 2016 at 10:30, with visitation and viewing 1 hour prior to service at Trinity Lutheran Church, Crookston, MN for Darren Wade Goodyke.

Darren, age 40, of Crookston, Minnesota passed away Thursday, January 7th, 2016 at Altru Hospital, Grand Forks, ND after a battle with pneumonia. Darren was born to Kathy (Bassen) and Richard Goodyke at Riverview Hospital, Crookston, MN. He graduated from Crookston High School in 1993 and attended several agricultural related courses at the University of Minnesota Crookston in 1993 and 1994.

Darren grew up in his father's footsteps enjoying the farm from the time he was five by working alongside him. He started out by lawn mowing and taking his sisters for rides on the mower. Then he graduated into driving the John Deere 4010 from the field to the yard. He was only nine years old when he started driving the semi-tractor. He was an excellent welder and proud of his farm accomplishments. He enjoyed his friends and just hanging out. Darren had enjoyed snowmobiling, water sports and had a couple antique cars he had wanted to restore. In July 1993, he obtained a traumatic brain injury in a car accident. He was treated for brain tumors in 1995 and 2006, after which, Darren continued to come to the farm to help as he was able, enjoying driving the semi-tractors and combines. To order memorial trees or send flowers to the family in memory of Darren Goodyke, please visit our flower store.