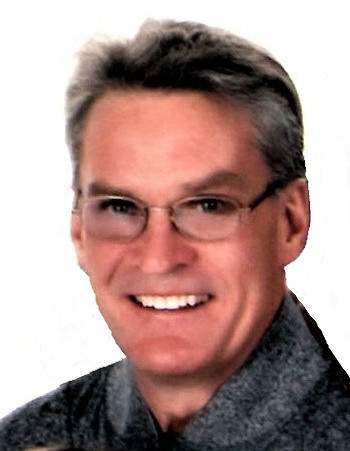 Daniel Robert Tuseth, 67, of Crookston, MN, passed away at his home unexpectedly of natural causes on Wednesday morning, July 27, 2022.

Dan was born in Crookston on January 9, 1955, the son of Robert Kenneth and Mary Deloris (Stainbrook) Tuseth. He grew up in a loving home with his sister and 2 brothers and was baptized and confirmed at the Cathedral of the Immaculate Conception. After graduation from Central High School with the Class of 1973 Dan attended the Vocational Technical Institute in Grand Forks, ND, concentrating his studies in the field of electronics. He was employed by the Tuseth Gravel and Construction Company and as a ski instructor for Timberland Ski Resort. He soon began his 45-year long career with the American Crystal Sugar Company in Crookston. On October 23, 1982, Dan was united in marriage to Kathryn Kelly Knudson at Our Savior’s Lutheran Church in Crookston. He and Kathy were blessed by the births of their 2 sons, Grant and Isaac. Dan served as American Crystal’s Chief Boiler Engineer, Lead Electronic Control Technician, and Safety Team Captain until his well-earned retirement in 2016.

He was a lifelong member of the Cathedral parish, and also a member of the American Legion, and National Ski Patrol.  Dan was very ambitious and was one of those people that everyone envied because with his mechanical, electrical, and electronic knowledge he could fix anything. Dan was very artistic, and his hobbies included working with clay. Metal, and wood. His most recent projects were making diamond willow crosses, canes, and walking sticks.

Dan was a loving husband, dad, and grandpa. He and Kathy enjoyed spending time together at Maple Lake, near Mentor, MN, and in past years liked to go cross-country skiing, with Dan occasionally getting out on the slopes as well. He was considerate and always showed concern for others and cared very much for the community he lived in his whole life.

Dan is lovingly survived by Kathy, his wife of 39 years; their 2 sons, Grant Tuseth of Crookston, MN and Isaac Tuseth (Shannon Keen) of Kansas City, MO; beloved grandson, Zen Rize Tuseth of Kansas City;  his mother, Mary Tuseth of Crookston; 3 siblings: James Tuseth (Leanne Lysne), and Nancy Tuseth of Crookston, and Mark (Diane) Tuseth of Chaska, MN; as well as aunts and uncles, nieces and nephews, extended family, and many friends. He was preceded in death by his father, Bob Tuseth; and grandparents, Herman and Helga Tuseth, and Frank and Angie Stainbrook. Treasured be the memory of Daniel Robert Tuseth.

The Mass of Christian Burial celebrating Dan’s life will be held at 1:00 p.m., Thursday, August 4, 2022, at the Cathedral of the Immaculate Conception in Crookston with Msgr. David Baumgartner, presiding. Visitation will be for one hour prior to the funeral. The service will be livestreamed by going to www.crookstoncathedral.com and clicking on the prompt to view. Burial will take place in the Calvary Cemetery in Crookston.

Messages of condolence for Kathy and the family may be made on Dan’s obituary page at www.stenshoelhouske.com.

To order memorial trees or send flowers to the family in memory of Daniel R. Tuseth, please visit our flower store.