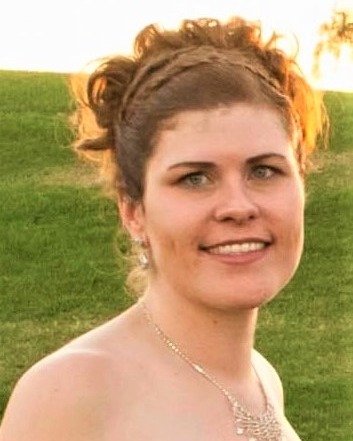 Danielle Marie (Hoffman) Devos, 38, of Crookston, MN, passed away early Tuesday morning, December 13, 2022, in Sanford Medical Center, Fargo, ND. Danielle was surrounded by her loving family in the hours and days that led to her sudden and unexpected passing. Together, they all made the selfless decision that her organs be donated in order that so many others would be helped. Danielle’s memory will be treasured by all who were a part of her life and the many who were given the Gift of Life because of this heroic act.

Danielle was born on July 4, 1984, in Crookston, the daughter of Richard and Renee (Prudhomme) Hoffman. She was baptized and confirmed at the Cathedral of the Immaculate Conception and began her education in Crookston schools, including Washington Elementary and Highland Middle, before graduating from Fisher High School as a member of the Class of 2001. She married John Devos in 2007 at Maple Lake, near Mentor, MN. Their lives were blessed by two beautiful boys, Drake and Jace.

Danielle was employed at various group homes in Crookston, later at Digi Key in Thief River Falls, and for several years to the present time at the Benedictine Living Community Crookston (Villa St. Vincent). She was a caretaker at heart and a caregiver to so many throughout her life. Danielle loved her boys with all her heart. Making memories with them, including spending time at the lake, going 4 wheeling, and fishing, all while watching them begin to grow up, became the center of her universe. She enjoyed many great friendships, and a favorite pastime was listening to all kinds of music.

Danielle was preceded in death by her grandparents: Ross and Rita Hoffman, Larry and Donna Prudhomme, Carl Howdahl, and Marvin and Sally Hesby; and former father-in-law, Charles Devos.

Memorials may be given in Danielle’s memory to her boys or Life Source. A Remembrance Gathering to celebrate Danielle’s life will be held next summer from 4-6:00 p.m., Thursday, June 29, 2023, at the Stenshoel-Houske Funeral Home in Crookston. Messages of condolence may be sent to the family by going to Danielle’s obituary page at www.stenshoelhouske.com

To order memorial trees or send flowers to the family in memory of Danielle Marie (Hoffman) Devos, please visit our flower store.