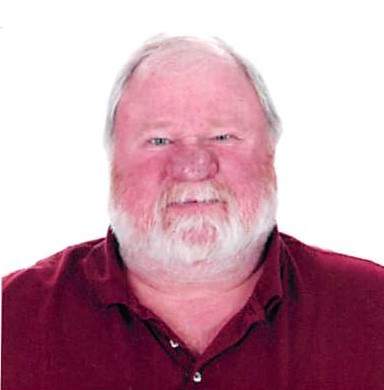 Dale B. Hoff, age 64, of Crookston, died Wednesday, January 16th at Altru Hospital in Grand Forks. A Memorial service celebrating Dale's life will be held Thursday, January 24 at 2:00 pm at St. Paul's Lutheran Church in Crookston. Visitation will be held at the Stenshoel-Houske Funeral Home, Wednesday from 4:00 - 6:00 pm with a prayer service at 6:00 pm. Visitation will continue one hour prior to the service at the church the day of the service. Inurnment will be in the Jevnaker Lutheran Cemetery in rural Borup at a later date.

Dale Brian Hoff born December 3, 1954 in Fargo, ND to Henry Palmer and Valborg (Elton) Hoff. He grew up near Perley, MN, and attended Perley grade school and high school in Hendrum, MN. Dale was active in 4-H, receiving the 4-H Key award, many showmanship and breeding awards and attending National 4-H Congress. Dale graduated in 1973. He earned his Associates degree in Rural Communications at University of Minnesota Crookston in 1975 graduating with high honors and attended Brown Institute in Minneapolis for broadcasting.

Following school, Dale met and eventually married Kim Jensen on June 26, 1976 in Felton, MN. In August 1976 Dale and Kim loaded all their worldly belongings into a U-haul and headed for Geneseo, IL where Dale was the morning Ag announcer for WGEN radio and later managed Rays Liquor store. Dale and Kim spent 10 years in Geneseo where the couple where blessed with Kera in 1983 and Shannon in 1985. When Shannon was 3 months old the family moved to Moreno Valley, CA where Dale took a job with Coast Grain Company. He was awarded top salesman for a newly launched nutrition supplement for the dairy industry. Returning to Minnesota in 1987, Dale joined his brother David at K&D Enterprises. Dale later gained sole ownership and grew the company to what it is today.   The Hoff family attended St. Paul's Lutheran Church where Dale served on the church board. Dale was a member of the Small Grains Institute and one of the founding members of the International Crops Expo.

Dale was preceded in death by his parents Palmer and Valborg, brother-in-law, Mark Brantner; and sister-in-law, Rita Rowland.

To order memorial trees or send flowers to the family in memory of Dale Hoff, please visit our flower store.