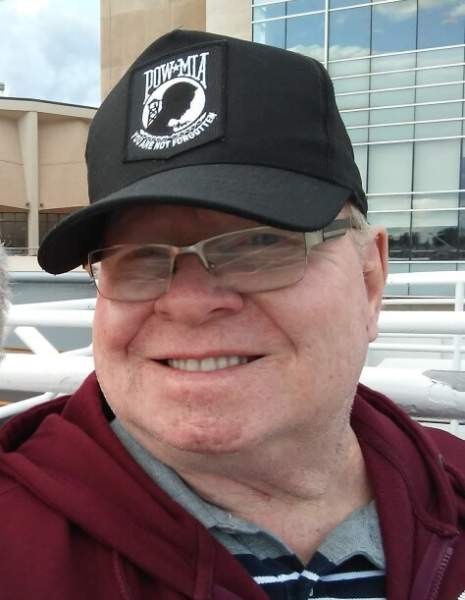 Curtis Allan Parkin, 71, of Crookston, MN, passed away in his home early Thursday morning, December 9, 2021, with family at his side.

Curtis was born in Crookston on September 26, 1950, the son of Loren and Gertrude (Mahla) Parkin. He grew up in Euclid, MN and attended Crookston schools, graduating from Central High School with the Class of 1968. Curt then attended the Moorhead (MN) Area Technical Institute where he trained to be a chef. On March 25, 1970 he enlisted in the US Navy. He served as a chef/cook aboard the USS Yosemite which was based out of Jacksonville, FL for much of his 4-year tour of duty. He was awarded the National Defense and Good Conduct Medals prior to his honorable discharge from the Navy on May 17, 1974. Curt returned to Crookston and enrolled at the University of Minnesota where he earned a degree in Restaurant Management in 1976. On October 11, 1975 Curt married LeeAnn Otto in Warroad, MN. They made their home in Crookston and became the proud parents of Eric and Rachael. Curt was employed in the dietary department of Crookston’s Riverview Hospital for a few years before going to work for the Burlington Northern Santa Fe Railroad. He was united in marriage to Tamara Jackson in Fosston, MN on September 24, 1983. After a 36-year career with BNSF Curt retired in April of 2015.

Curt and Tamara were able to enjoy winters in South Padre Island, TX for several years. He was a longtime member of Crookston’s American Legion Post #20, Euclid Post # 539 and the Golden Link Senior Center. Curt liked working in the back yard and sitting in his “pavilion” enjoying the sights and sounds of their neighborhood. He was a very loving husband, father, and grandfather, and loved to tease and share his sense of humor with everyone.

Curt’s memory will be forever treasured by Tamara, his beloved wife and best friend for over 38 years; 2 children and a son-in-law: Eric Rudnik, and Rachael and Richard Kangesier, all of Crookston; 4 grandchildren: Arlie Rudnik and Gus, Mabel, and Wallace Kangesier; sister, Marilyn (Henry) Weiland of Euclid, MN; brother, Keith (Kim) Parkin of Crookston; 2 sisters-in-law, Carol Parkin of Euclid and Maureen Parkin of East Grand Forks, MN; and from Tamara’s side of the family several siblings-in-law including Bruce (Diane) Jackson of Bagley, MN, Sharon (Lloyd) Wagner of Middle River, MN, Marleen (Darrel) Quick of Shevlin, MN, Jay (Barb) Jackson of Warroad, MN, and Ross (Ann) Jackson of Fosston, MN; together with many nieces, nephews, other relatives, and friends.

Curt was preceded in death by his parents, Loren and Gertrude Parkin; brothers: Robert, Howard, Wayne, Russell, and Neil Parkin; and parents-in-law, George and Florence Jackson.

The Memorial Service honoring the life of Curtis Parkin will be held at 10:00 a.m., Wednesday, December 15, 2021, in the Stenshoel-Houske Funeral Home, Crookston, with the Rev. Shawn Wagner, officiating. Visitation with the family will be for one hour prior to the service. Military Honors will be provided by the US Navy Funeral Honors Team from Minneapolis, MN and the Crookston Veterans Council. The funeral will be livestreamed by going to Curt’s obituary page at www.stenshoelhouske.com 10 minutes before the scheduled start and clicking on the prompt to view. Burial will be in the Oakdale Cemetery, Crookston. In lieu of flowers memorials may be given in Curt’s name to the Golden Link Senior Center.

To order memorial trees or send flowers to the family in memory of Curtis Parkin, please visit our flower store.