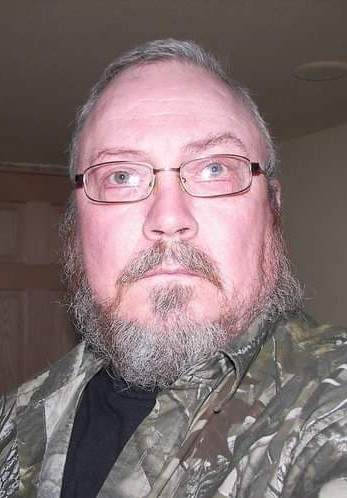 Craig Allen Green, age 63, of Crookston, MN, passed away on Thursday, June 17, 2021, at the University of Minnesota Medical Center in Minneapolis, MN.

Craig was born on April 15, 1958, in Topeka, KS, the son of the late Elmer and Ervena (Stickel) Green.  As a young child Craig moved to Crookston, MN, and attended Crookston Central High School.  He enlisted in the United States Marine Corps in 1975 and was honorably discharged in 1978.  He then returned to Crookston where he worked for American Crystal, Jim Sheridan Floor Service, and after he became disabled, he worked part-time at various positions around Crookston.  He was married to Victoria Moore on July 25, 2012, and they made their home in Crookston, MN.  In his free time, he liked to hunt, do word puzzles, go on drives looking for deer, and storm chase.  He was also very proud of his service and made an effort to keep in touch with his fellow marines and go visit at least one of them every year.  Most of all though Craig was a devoted family man and especially loved spending time with his grandchildren.

A memorial service celebrating Craig’s life will be held on Tuesday, June 29, 2021, at 6:00 pm at Stenshoel-Houske Funeral Home in Crookston, MN with a time of visitation from 4:00 pm to 6:00 pm. Pastor Steve Bohler will officiate.  Military honors will be provided by the United States Marine Corps and Crookston Veterans Council.  Inurnment will take place at Oakdale Cemetery at a later date.

To order memorial trees or send flowers to the family in memory of Craig Green, please visit our flower store.