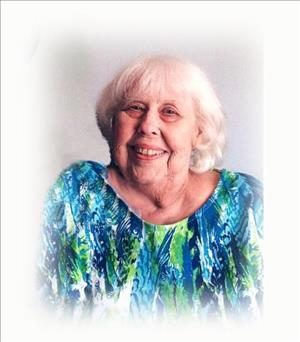 Constance (Connie) Johnson, 77, of Crookston, died Thursday, March 3, 2016, at Altru Hospital in Grand Forks, ND. Connie was born November 28, 1938, in Fargo, ND, to Alton and Lucille Thorson. She grew up in the Hillsboro, ND, area and graduated from Crookston Central High School in 1956. She was united in marriage to Marlan Johnson at the Presbyterian Church in Crookston, MN, on September 22, 1956. They made their home in Crookston, but have spent the last 15 years at their home on Union Lake. Connie worked at ASCS and Thorp Loan until 1969 when she started working at the University of Minnesota, Crookston, where she retired in September, 2000. Connie enjoyed collecting Cherished Teddies and Sudoku/Crossword puzzles, but what she enjoyed the most was spending time at their lake home on Union Lake with her husband and family. She is survived by her loving husband of 59 years, Marlan; her children, Sheree (Dean) Krogstad, Wadena; Tammy (Kim) Brandner, Bentonville, AR; Robin (Lyle) Holte, Northwood, ND and Scott Johnson, Crookston, MN; along with seven grandchildren, Heidi (Darren Anderson) Krogstad, Stacey (Greg) Paintner, Jay (fiancé Misty Melton) Krogstad, Katie (Zac) McCormick, Ashley (Doug) Vergeer, Jenny (Terry) Jones and Hailey Johnson; nine great-grandchildren; sisters, Gayle (James) Bengson and Freddie (Alan) Mix; in-laws Mary Thorson, MaE Huber, Howard Johnson, Stan (Betty) Johnson and several nieces and nephews. Preceding her in death are her parents, a brother, Robert Thorson; mother-in-law, Elsie Johnson and sisters-in-law, Mildred Edmunds and Verna Johnson. Visitation will be from 5-7 PM with a prayer service at 7:00 PM on Sunday, March 6, at the Stenshoel-Houske Funeral Home in Crookston, MN. Funeral service will be at 10:30 AM on Monday, March 7, 2016, at Our Savior's Lutheran Church in Crookston, MN. Burial will be in the Oakdale Cemetery, Crookston, MN. To order memorial trees or send flowers to the family in memory of Constance Johnson, please visit our flower store.