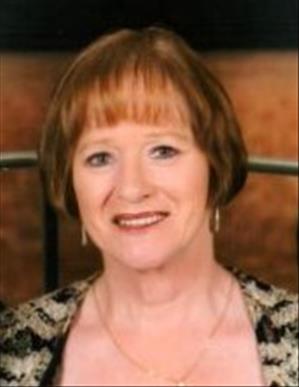 Claire was born at Fosston, MN on March 8, 1947, one of 4 children of the union of Donald and Ruth (McDonald) Hanford. She grew up in the family home on Maple Lake, near Mentor, and was a 1965 graduate of Mentor High School and member of Faith Lutheran Church. Her mother passed away when Claire was 12 years old and her father later in life married Lucille Sykes. On December 20, 1969 Claire was united in marriage to Rodney Robert Rhode of Mentor. The couple made their home in Mentor and their marriage was blessed by the births of 3 children: Tracy, Jim, and Bob. For many years Claire was a First Responder for the Mentor Fire Department and was the first female to become a firefighter with the Department. Sadly, Rodney passed away on January 20, 1988. Claire moved to Crookston in the fall of that year and was a longtime member of Trinity Lutheran Church. She was very proud to have received a bachelor's degree in Business Management with an emphasis in Marketing and Management in 2004 from the University of Minnesota-Crookston. On August 26, 2012 Claire and Jerome "Jerry" Amiot of Crookston joined their lives together in a ceremony of commitment at Maple Lake. Through the years Claire was employed by various businesses and her last years were spent as a homemaker. She enjoyed doing crafts such as coloring, painting, and sewing. She will long be remembered for the stash of tootsie rolls she kept in her purse and in a jar at her house, that were for her granddaughters. Claire loved spending time at Maple lake enjoying the sun, lake activities, and the peacefulness. Claire's granddaughters were the light of her life and a source of great pride and joy. She attended all of their Lady Pirate hockey games and could always be found sitting in the same spot. She made sure she came early so she never missed a minute of play. Claire leaves her family with many precious memories and she will be very sadly missed.

The funeral service for Claire Rhode will be held at 10:30AM, Wednesday, April 26, 2017, at the Trinity Lutheran Church in Crookston withy The Rev. Greg Isaacson, officiating. Visitation will be at the Stenshoel-Houske Funeral Home on Tuesday from 5-7PM, with a 7PM prayer service, and also at the church for one hour prior to the funeral service. A graveside service will be held at 1PM at the Rosehill Cemetery, rural Mentor, MN.

To order memorial trees or send flowers to the family in memory of Claire Rhode, please visit our flower store.