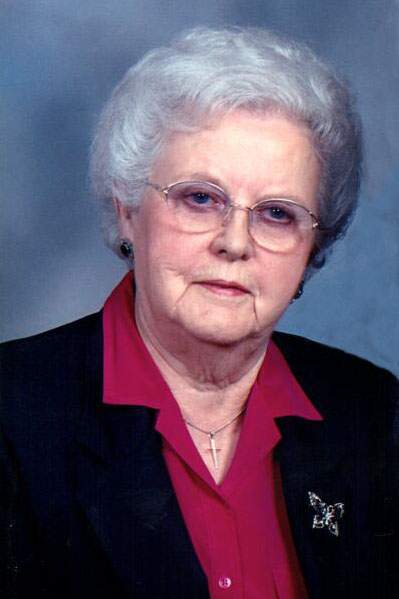 Christine Elizabeth Carlson, age 93, of Crookston, MN, passed away peacefully with her family by her side on Sunday, June 3, 2018 at the Villa St. Vincent in Crookston, MN.

Christine was born on her parent’s farmstead on January 5, 1925 to Oscar and Edith (Larson) Nelson in Roseau, MN. She attended Rural Country grade school and then attended Roseau High School.

On June 1, 1945 Christine was united in marriage with the love of her life, Earl James Carlson at the Bethel Lutheran Church in rural Roseau County. Together they had two children, Emilie and John. They farmed in Underwood, MN, and then later lived in Roseau before purchasing a farm near Holt, MN. In 1964 the couple sold their farm and moved to Crookston, MN.

Prior to marrying Earl, Christine worked as a waitress in the Nelson Café in Roseau. In later years, she was a successful Avon Lady in Crookston. Wherever the couple lived, Christine was always actively involved in the church, and while living at the Villa she was active in the sing-a-long group. During her 4-H years, she won a Grand Champion Award and a trip to the State Fair in the sewing division.

Christine was a devoted wife, mother, grandmother, and friend. She was also an excellent seamstress. Growing up in a musical family, a love for singing continued throughout Christine’s life; especially gospel music.

She is preceded in death by her parents and a brother who died at birth. May God bless Christine’s memory.

There will be a funeral service held at 2:00 p.m. with a visitation one hour prior to service on Friday, June 8, 2018 at St. Paul's Lutheran Church in Crookston, MN. Interment will be at Oakdale Cemetery in Crookston, MN.

To order memorial trees or send flowers to the family in memory of Christine Carlson, please visit our flower store.