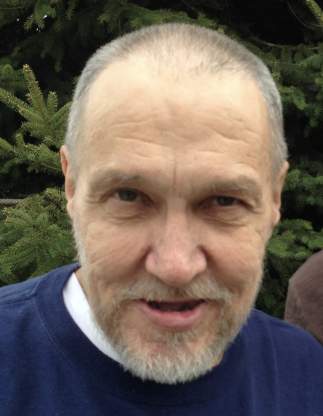 Charles was born May 15, 1943, in Duluth, MN, as Peter Grams along with his twin sister, Charlotte. They lived in an orphanage until the age of four upon being adopted by Carl and Gladys Yernberg; their names became Charles Ray and Carol Rae Yernberg. Charles’s mother Gladys was the youngest of fourteen children and Charles enjoyed entertaining his extended family on holidays and special occasions. He was a proud Boy Scout, and always liked conversing about the various merit badges displayed in his living room. A Christian, Charles was also a thoughtful member of the Bethesda Lutheran Church. He graduated from Moorhead High School in 1962 and enlisted in the US Navy – eventually he received a medical discharge and returedn home. In the late 1970’s, Charles moved to Crookston, MN where he found one of his most meaningful relationships after renting from then landlord, Paul Eickhof. Paul, his eventual wife, Cecelia, and their son, Charles, welcomed him into their family. Charles worked for the Eickhof’s cleaning and maintaining various apartment and commercial buildings. In his free time, Charles enjoyed listening to rock and roll records, taking friends to lunch, and soothing his sweet tooth with Dairy Queen ice cream. He mowed lawns, shoveled and swept the sidewalks to where you could “eat off of them”, and was always insistent on having his own specific broom.  Charles will forever be remembered for his incredibly polite manner and will be greatly missed by all who knew him.

Charles is survived by his twin sister, Carol Rae Deegan and niece, Abby (Scott) Schepens, all of San Juan Capistrano, CA; and very dear friends, Cecelia, Paul, and Charles Eickhof of Crookston, MN; as well as many friends and cousins.  He was preceded in death by his parents.

A Celebration of Life for Charles will be held at 4:30 pm on Thursday, July 9, 2020, at Oakdale Cemetery in Crookston, MN, at the columbarium.  Pastor Anders Macy will officiate.  Military Honors will be provided by the US Navy and the Crookston Veterans Council.

To order memorial trees or send flowers to the family in memory of Charles Yernberg, please visit our flower store.