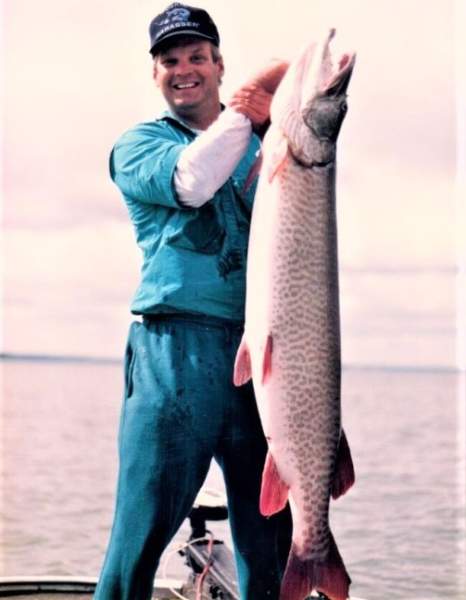 Charles Scott “Chuck” Olson, 63, of Bemidji, MN, passed away early Thursday morning, March 5, 2020, at the Cornerstone Nursing Home in Bagley, MN after battling cancer for the past several months.

Chuck was born on March 1, 1957 in Crookston, MN, the younger of two sons of the union of Phillip Martin and Veda Myrtle (Taylor) Olson. He grew up in Crookston where he was baptized and confirmed at Trinity Lutheran Church and attended Crookston public schools including Washington Elementary School, Highland Middle School, and Central High School, where he played for the Pirate Tennis Team. Chuck graduated with the Class of 1975 and furthered his education at Concordia College in Moorhead, MN, earning a Bachelor’s Degree in Business in 1979. He then returned to Crookston and was employed in sales for Crookston Marine. In 1986 Chuck moved to Bemidji where he worked for Xen’s Sporting Goods Store, which later became known as Kabilka’s. With his expertise as a fisherman and hunter, his two lifelong passions, Chuck earned the trust and loyalty of his many customers when it came to purchasing the latest and best equipment for their needs. He also provided fishing guide services for many visitors to the area lakes. In 1989 Chuck became a District Representative for the Minnesota State Lottery and did quite a bit of traveling throughout the northland. He retired this past December.

Throughout his life Chuck enjoyed fishing and hunting with his parents, Phil and Veda, and brother, Larry. He discovered tournament fishing many years ago and often partnered with Mickey Kaiser from Crookston, or Lauren Ras from Bemidji. In 2007 Chuck and Lauren won the Fort Francis Bass Tournament and were awarded a $30,000 boat, motor, and trailer. In 2019 they finished 2nd in the same tournament.

Chuck is survived by his mother, Veda Olson of Crookston; brother and sister-in-law, Larry and LouAnne Olson of Crookston; 2 nephews and a niece: Matt Olson and Paul Olson of Isanti, MN, and Lisa Cole and her husband, Michael, of Crookston; 7 great-nieces and great-nephews: Michaella Johnson, Joslynn and Jace Olson, Madisyn, Caden, and Brittyn Sanders, and Owen Cole; and many other relatives and friends. He was preceded in death by his father, Phil Olson; and grandparents: Archie and Emelia Olson, and Everett and Nellie Taylor. Chuck will be very lovingly remembered and sadly missed by all who were a part of his life.

A public memorial graveside service celebrating the life of Charles Scott Olson will be held at the Oakdale Cemetery in Crookston, MN at 10:00am, Tuesday, July 14, 2020, with The Rev. Loren Mellum, officiating. Visitation with the family will be at the cemetery for one hour prior to the service. Social distancing will be observed and masks are recommended and will be available if you don’t have one. Plan to bring a lawn chair, sunglasses, and an umbrella.

To order memorial trees or send flowers to the family in memory of Charles Olson, please visit our flower store.