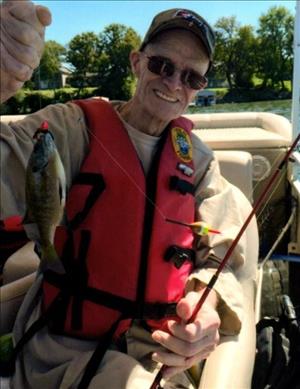 Charles Edward Sampson, 82, of Crookston, MN, passed away peacefully Saturday morning, January 21, 2017, at the Veterans Administration Medical Center in Fargo with his loving wife, Mary, at his side.

Charles was born in Chicago, IL on January 14, 1935 to Mr. and Mrs. James Sampson. He graduated from high school there and then served with the US Army from August 12, 1954 until his honorable discharge on March 9, 1957. During his tour of duty he was stationed overseas in Korea and Viet Nam. He later enrolled at the prestigious Northwestern University in Chicago, where he earned a Bachelor's Degree in Business. Charles worked in the shipyards at Seattle, WA for a time before moving to California where he was employed in the restaurant business. There he met and married his wife, Pam. Sadly, she died 6 years later. Charles then lived and worked in the states of Oregon and Florida, and from there traveled to Bemidji, MN. He had been a resident of Crookston since 2007. He soon met and courted Mary Wendt and the two were united in marriage in April of 2008. He had most recently been employed by McDonald's where he enjoyed his work very much.

Over the past several years Charles and Mary had enjoyed traveling. In 2008 they honeymooned at Mount Rushmore and revisited those places on their 5th anniversary. The couple enjoyed fishing together and especially with Pastor Jim Schaar from Valley Christian Fellowship, which was the church Charles attended. He greatly enjoyed the time he spent in his Pastor's company, and working and helping out at the church. He was quite proud of the stage he built in the church while working alongside his good friend, Leon. He was a jokester with his friends, and a very loving husband to Mary, and will be dearly missed by all.

Charles leaves his beloved wife, Mary, of East Grand Forks, MN; a brother and sister-in-law, James and Joan Sampson of Bolingbrook, IL; and many nieces, nephews, and friends. He was preceded in death by his first wife, Pam; and his parents. May God bless his memory.

The funeral service for Charles Edward Sampson will be held at 4:00 p.m., Thursday, January 26, 2017, at Valley Christian Fellowship, 209 North Main Street, in Crookston, with Pastor James D. Schaar, officiating. Visitation will be for one hour prior to the funeral. Military Honors will be provided by the Crookston Veterans Council. Charles requested that his body be donated to the University of North Dakota Medical School after his funeral.

To order memorial trees or send flowers to the family in memory of Charles Sampson, please visit our flower store.