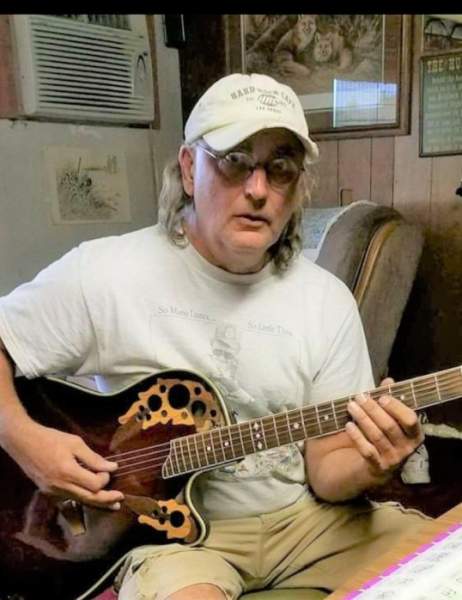 Charles Lawrence “Chuck” Devos, 60, of Crookston, MN, passed away his home early Monday evening, March 23, 2020, with family and friends at his side. He had been bravely battling cancer for the past 2 years.

Chuck was born on November 23, 1959 at Grafton, ND, one of ten children of the union of Francis David and Marian Ann (Rose) Devos Sr. He was baptized at St. John’s Catholic Church in Grafton, and after moving with his family to Crookston in 1963 confirmed at the Cathedral of the Immaculate Conception. He attended Crookston schools and graduated from Central High School with the Class of 1979. On August 20, 1982 Chuck was united in marriage to Cheryl Kay Kraker in Crookston and together they raised their son, John, in a very loving home. He had been employed by DEE Inc. in Crookston for the past 33 years and at present time held the position of Co-ordinator for the Core Department. Additionally, for over 33 years he and Cheryl managed Courtney Pulkrabek’s apartment buildings.

Chuck was a longtime member of the Cathedral of the Immaculate Conception. He enjoyed being outdoors, whether fishing and hunting, or playing softball, hitting a round of golf or visiting around a campfire. However, throughout his life there remained one constant, his passion for music. Many years ago he became a founding member of the M & D Band, formed with the Martin family: Jerry, Steve, Wally, and Barb; and others including Weasel, Dione, Tim, Morris, Jason, and Keith, all who became great friends. For over 16 years he played and sang with The Band as they entertained throughout the area. Chuck will be very sadly missed by his family and all who were part of his life.

May Chuck be remembered for the love he had for his 2 Grandsons and his love for ALL things music.

Chuck was devoted to Cheryl, his beloved wife and partner in all things for 37 years; their son, John Devos of Crookston; 2 grandsons, 10 year-old Drake Matthew Devos and 4 year-old Jace Justin Devos of Crookston; and his mother, Marian Ann Devos of Crookston. He also leaves 2 brothers, Francis Devos Jr. and Lenny and Luanne Devos of Crookston; 5 sisters: Joyce Murphy, Theresa and Bob Mutcher, and Diane Mutscher, all of Grand Forks, ND, Linda and Russ Brown of Nielsville, MN, and Darlene and John Olson of Grand Forks; from Cheryl’s family his brother-in-law, Rick Kraker of Detroit Lakes, MN; as well as, many nieces, nephews, other relatives, and friends.

A Memorial Mass of Christian Burial will be celebrated for Charles Lawrence Devos at the Cathedral of the Immaculate Conception at 2:00pm, Thursday, July 30, 2020, with The Very Rev. Vincent Miller, presiding. Visitation with the family will be for one hour prior to the service. Inurnment will follow at the Calvary Cemetery. Social distancing will be observed and masks are required and will be available.

To order memorial trees or send flowers to the family in memory of Charles Devos, please visit our flower store.