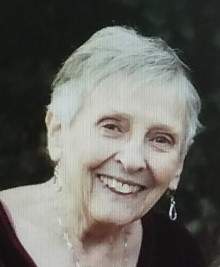 After a long, courageous battle with different health issues, Carol Jean Luckow, age 79, of Crookston, MN, left this earth to be with her Savior on Tuesday, August 24, 2021, at Riverview Hospital in Crookston, Minnesota.  A graveside celebration of her life will take place at Noon on Monday, August 30, at Oakdale Cemetery in Crookston, with a time of fellowship and hour prior.  Carol Jean Luckow, known as “Jean,” was born on the Indian Reservation in Sisseton, SD to Andrew & LuEllen Marlow on November 23, 1941. Her birth name was Maretta Anne Marlow. Unfortunately her mother was severely burned, then later died when Jean was about 3 months old. Jean along with her 7 brothers & sisters were sent to orphanages. Jean was adopted around the age of 2.5 by Frank & Nell (Stearns) Fitzsimonds.  She was raised as their own in a warm, loving upbringing.  She wouldn’t learn about the majority of her siblings until she was about 35 years old.  Jean graduated from Bismarck, ND, in 1959, and enrolled at the University of North Dakota in Grand Forks that Fall. She was a member of the Delta Gama Sorority. As the story goes, Gary, her husband of nearly 60 years, saw her across the plaza at the University. He told one of his friends, he was going to marry her. Albeit at that time she was already dating someone, but within months dad had schmoozed his way into her life and they were married November 26, 1960, at the McCabe Methodist Church in Bismarck, ND. They made Crookston their home becoming farmers. While Gary was busy farming, Jean was kept busy running the household, which after time, included 6 kids, cats, dogs, chickens, goats, pigs & a horse. She would have added to this list by saying, “anything else that would come her way.” That might have possibly included chasing pigs up and down the highway. Jean would also help on the farm in any little way that was needed. Packing lunches was definitely one of them! She was also a renowned hostess on holidays, for family gatherings, church events, and the like. While her kids were young, she grew a vegetable garden, then canned it all! WOW, she could can! Because she was married to an innovator, dreamer, and adventurer, she had no choice but to jump in with both feet. She was dads Yang to his Ying. A position she seemed to enjoy. One such thing was being the co-captain & map reader of any one of their sail boats known as “Whisper” “Ya Gotta Wanna” and their final boat, “Shadow fax.” These were sailed on Lake of the Woods, starting point Kenora, Ontario, Canada and on, discovering any and all back bays that they could get into. This was their favorite past time.  One of Jeans greatest roles, aside from being a mother and co adventurer, was being Gary’s biggest advocate and cheerleader after his severe stroke. When she was told “he wouldn’t” she stood up and said, “you don’t know my husband.” Proving time and again they were wrong. Without her push and perseverance, he would have never walked again. He would have most likely never understood conversation, how to write or recognize his own kids.  Jean will always be known for her strong faith in God, and her beyond cheery disposition no matter what life threw her way. When once asked what the title of her book for life would be, she said, “Endurance: ecstatic joy & blessing beyond measure. Jean is survived by her 6 children: LeAnn DeBoer of Walker, MN; Greg Luckow (Tina Cameron) of Crookston, MN; Jennifer (Jay) Peterson-Ross of Crookston, MN; Chris Luckow (Julia Toso) of Erskine, MN; Daniel Luckow (Jessica) of Erskine, MN; and Emily Luckow of Crookston, MN; 25 grandchildren, and 22 great grandchildren. Jean was preceded in death by her husband Gary, her parents, siblings: Lyle, Lowell, Eldora, Auggie, Lavertta, Norman, and Arnette; a grandson, Joshua; and a great-granddaughter, Calia.

To order memorial trees or send flowers to the family in memory of Carol Luckow, please visit our flower store.