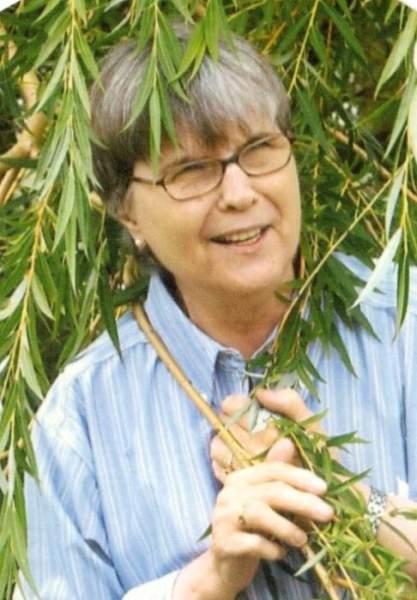 Bernice was born on August 25, 1931, the daughter of Ole and Theresa (Field) Storbakken.  When she was 15 months old her mother became ill and could no longer care for her and her brother Emil “Bobby” so they were raised and adopted by her parents, Edward and Christina Field on the family homestead 10 miles SE of Bagley, MN.  She was baptized at age 5 and her faith was very important to her ever since.  She was raised on the farm until she was 12, when she moved to East Grand Forks, MN, after her grandfather died to go live with her Aunt Ella, and then Aunt Alma and Uncle Art in Grand Forks, ND.  She was confirmed at Sharon Lutheran Church in Grand Forks, ND.  At the age of 14 she contracted polio and was cared for at Deaconess Hospital Annex in East Grand Forks, MN.  It was this that made her decide to make healthcare her career.  She went to summer school and in August of 1948 she graduated from Central High School in Grand Forks, ND, at the age of 16.  She then went to work at Deaconess Annex where she was treated for polio.  This lasted for only 2 weeks because her Aunt and Uncle decided to move to Bagley.  She then got a job at Bagley Hospital which provided her with room and board and training.  She then moved back to Grand Forks and worked at St. Michael’s Hospital.  When her friend decided to move back home she went to go live with her Aunt Ella and Uncle Clarence in Crookston, MN, and worked at St. Vincent Hospital.  She met Paul Roseland when he was on furlough with her brother from the US Army.  They started exchanging letters and she received an engagement ring in the mail in June of 1950 and they were married on his next furlough on October 7, 1950, at St. Paul’s Lutheran Church in Crookston, MN.  He then went back to the Army and once he found a place for them Bernice joined him in Alaska in December of 1950.  She worked at Providence Hospital in Anchorage, AK.  They lived in an apartment in Anchorage until Paul bought and fixed up a house in Spenard, AK.  They lived there when Arne and Ron were born.  Paul built a house in Spenard and they moved there when Bernice was pregnant with Teresa.  They moved across the street to a ranch house her Uncle Art helped them build around when Lori Bea was born in 1964.  In 1966, Bernice and the children moved to Crookston, MN, where she worked Sisters of Mount Saint Benedict Rest Home and Healthcare Unit until her retirement in 1996.  She then worked at a Lutheran Social Services Group Home until 2012, finally fully retiring at the age of 80.

Blessed be the memory of Bernice Sylvia Storbakken Field Roseland.

Due to the Covid-19 pandemic a private family service will be held at this time and a public memorial will be held at St. Paul’s Lutheran Church in Crookston, MN, at a later time.  Interment will be in Bagley, MN.

To order memorial trees or send flowers to the family in memory of Bernice Roseland, please visit our flower store.