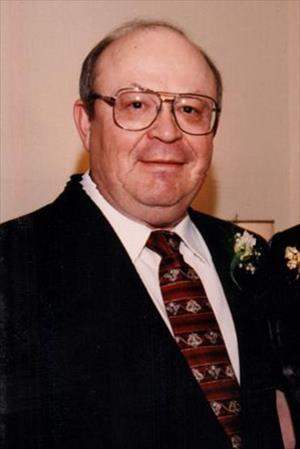 Bernard (Barney) John Selzler, 76, Crookston, Minnesota passed away on Monday November 23rd, 2015 at Altru Hospital in Grand Forks, ND with his family at his side. Funeral services will be at 2 p.m. Monday, November 30, 2015 at the Stenshoel-Houske Funeral and Cremation Service in Crookston, MN. Visitation will be one hour prior to the service. Burial will be in the Oakdale Cemetery, Crookston, MN. Bernard was born in 1939 in Strasburg, North Dakota, the oldest son of John and Mary (Schmidt) Selzler. He graduated from St. Mary's High School in Bismarck, North Dakota in 1957 and served in the United States Navy from 1957 to 1961.

He graduated from Bismarck Junior College with an A.A. degree in Liberal Arts in 1963; from Minot State College with a B.S. in English in 1965; from Texas A & M, Commerce (East Texas State University) with an M.S. in American Literature in 1971 and with an Ed.D. in British Literature in 1974. He taught English and Speech at Grand Forks Central High School from 1966-1969 and taught Composition, Business Writing, Literature, and Grammar at the University of Minnesota, Crookston from 1969-2009. He was promoted to professor in 1989.

He married Carma (Brandner) on November 2, 1974 in Crookston, Minnesota where he lived for the remainder of his life. He is survived by a daughter, Nicolee (Gene) Irelan, Crookston, MN; a son, Darin (Chandra) Selzler, Crookston, MN; by five grandchildren, Amanda Meier, Desirae, and Dallas Seeger; Kaitlin and Jade Selzler; By four great-grandchildren, Hayley and Landon Meier, Leah Lee, and Brantley Avritt; a brother, Kenneth (Bonnie) Selzler, Bismarck, ND and his children, Steven (Mary) and Daniel Selzler, and Wade (Brandi) French; a sister Dorothy (Henry) Baca, Westminster, CO. and their children, Kevin and Stacy (Mia Tsuchimoto) Hendershot; and by his sister Nyla's children Sydney (Russell) Hardiman, Tanya (Marc) Alexander, Shana (Brian) Cosgrove, and their children's children. He was preceded in death by his parents and sister Nyla (Art) Schwartz, Pittsburgh, PA. To order memorial trees or send flowers to the family in memory of Bernard Selzler, please visit our flower store.