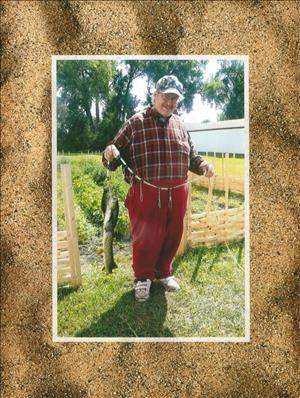 Bennie Willard Boyer, 55 of Crookston, died Tuesday, October 13, 2015 at Valley Elder Care in Grand Forks, ND. Memorial services will be held at 2 p.m. Friday, October 23, 2015 at Stenshoel-Houske Funeral Home in Crookston, MN. Bennie Willard Boyer, the son of Russell Boyer and Patricia (Borgen) Boyer was born in Warroad, MN on August 24, 1960. He was raised in Williams and then moved to Warroad, where he lived with Ben and Christine Skrivseth until the ninth grade, then moving to Thief River Falls until he was 18 years old. At that time he moved to Crookston and has lived there until the time of his death.

Bennie was an avid fisherman and hunter. He was creative as well doing ceramics and beading, creating gifts for family and friends. He also loved to garden and tell stories. The fish or deer became larger with every telling of the story. Playing jokes and teasing was another of Bennie's favorite things to do, no one was safe when it came to this. He loved his family and friends very much and enjoyed spending time with them when he could. He always looked forward to the holidays, as this brought the family together and he could tell his stories to a new audience. Each day for Bennie was a new chance to meet people at his job at the Novel Cup, playing pool and visiting on those days that he worked. He enjoyed watching movies (westerns) mostly, he also liked to cook and would help prepare meals at the group home when he could. Bennies favorite thing to eat was dill pickles and he would sneak them whenever he could, even though they were bad for his health.

To order memorial trees or send flowers to the family in memory of Bennie Boyer, please visit our flower store.