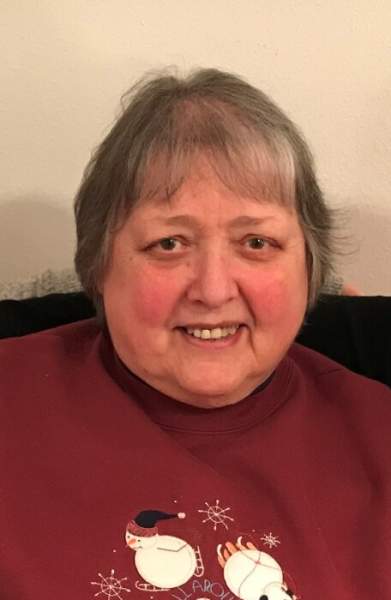 Barbara Jo “Bubba” Danielson, age 67, of Crookston, MN, passed away on May 5, 2021, at the Villa St. Vincent Nursing Home in Crookston, MN, with her family and friends by her side.

Bubba was born on February 25, 1954, in Harvey, ND, the daughter of the late Raymond and Esther (Gross) Danielson.  The family moved to Mentor, MN, and she attended Mentor Public Schools from 1960 to 1973.  Afterwards, she moved to Missouri for a short time with a friend and then stayed in Minneapolis after her nephew, Tony, was born.  Later, she moved back to Crookston, MN, and lived on a farm with her longtime boyfriend Clarence Delage.  After his passing, she moved from the farm and into town.  For most of her career, she worked in the food service industry.  She worked at the Golf Terrace Hotel, washed dishes at Country Kitchen, now known as RBJ’s, and then for the cafeteria at Riverview Health until her retirement.

Bubba was a longtime member of the VFW Woman’s Auxiliary in Crookston, MN, and was very active in their fundraisers.  She loved playing cards at the VFW, was a very loyal bingo player, and was well known for her intensity, competitiveness, and flowery language.  She immensely enjoyed spending time with her friends and their Sunday breakfast meetings.

To order memorial trees or send flowers to the family in memory of Barbara Jo Danielson, please visit our flower store.