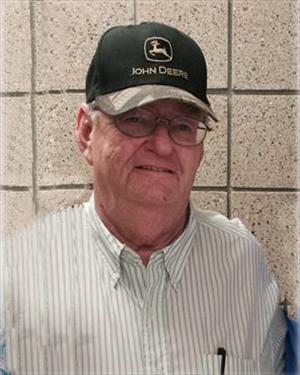 Benjamin "Lee" Gustafson was born on May 7, 1939 to Ben and Mary Eva (Kennedy) Gustafson at home in Kerkhoven, MN. He and his family lived in Murdock, MN until 1951 when they moved to Thief River Falls, MN. Lee attended school at Murdock Public School, St. Bernard's School in Thief River Falls, and graduated from Lincoln High School in Thief River Falls in 1957. Lee joined the National Guard in October of 1956, during his senior year of high school. In 1981, he retired from the National Guard with the rank of 1st Sargent. Lee spent 25 years working for the National Guard, 15 years as a dispatcher for Polk County, and 14 years at Crookston Implement (John Deere). Lee retired in 2014 at the age of 75 years old. Lee was a Past Exalted Ruler of the Crookston Elks in 1975 and a two-year Commander of American Legion Post 20 in Crookston. Lee enjoyed collecting John Deere and Nascar trucks and tractors, golfing, and having coffee/meals with his many friends at RBJ's restaurant. He especially loved spending time with his family and considered all his nieces and nephews and their families his "kids." We will all miss him dearly.

To order memorial trees or send flowers to the family in memory of B. Gustafson, please visit our flower store.