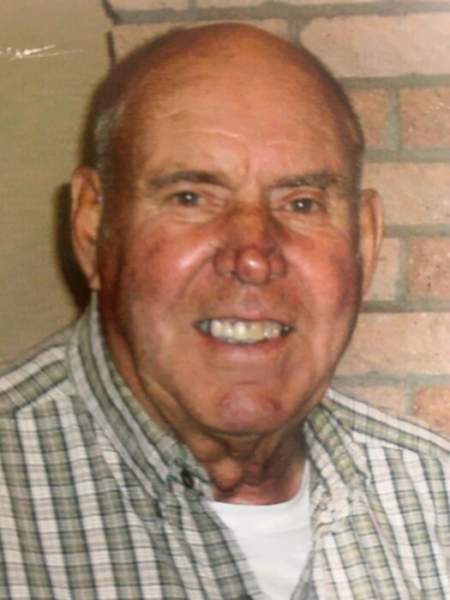 Arvid Jerome Stortroen, age 86, of rural Climax, MN, passed away peacefully on Tuesday, April 6, 2021, at his home with his loving family by his side.

Arvid was born on October 11, 1934 on the family farm in rural Climax, MN, the son of the late Knute and Hilde (Berg) Stortroen.  He was raised in Climax and graduated from Climax High School in 1953.  Afterwards, he worked for the Crookston Times from 1953 to 1957 when he enlisted in the United States Army and was stationed in El Paso, TX, until 1959.  On March 9, 1957, he was united in marriage to Marlene Joy Hauglid at Trinity Lutheran Church in Crookston, MN.  Once Arvid was discharged from the US Army they made their home in rural Climax, MN, where they have lived up to the present day.  Arvid started working in 1959 as a salesman and was promoted to manager for Massey Ferguson Tractor and Farm Equipment first in Grand Forks, ND, and then in Crookston, MN, until 1986. He was the top sales producer for Massey Ferguson in 3 separate years. He then started A and S in Climax, MN, where he worked until his retirement.

In his free time, he was very active in the Climax community.  He was a longtime and active member of Sandhill Lutheran Church and was the caretaker for the Sand Hill Lutheran Church Cemetery for 44 years.  He also served on the Climax Board of Education.  He was a very inventive man and loved to work with his hands, especially building and repairing machinery.  He was an avid outdoorsman and loved nature, being at the lake and watching the squirrels and birds.  At home he liked mowing the lawn and taking care of his landscaping.  He also enjoyed watching hockey and racing.  Most of all though Arvid was a devoted family man and went to all his children’s and grandchildren’s activities.

Arvid is survived by his beloved wife of 64 years, Marlene Stortroen; children and their spouses, Bryan and Brenda Stortroen, Diana and Bradley Ranten, Kent Stortroen, Mark and Shanna Stortroen,  Marlys and Rodney Thorson, and Greg and Michelle Stortroen; 17 grandchildren: Amber, Christopher, Leah, Joshua, Ashley, Taylor, Courtney, Luke, Ridge, Nicholas, Tyler, Marybeth, Madison, Gracie, Sean, Marlee, and Erik; and 12 great-grandchildren.  He was preceded in death by his parents, Knute and Hilda Stortroen, brothers and their spouses, Loren and Gladys Stortroen, and Sidney and Lois Stortroen; and sister and her spouse, Helen and Donald Prudhomme.

Funeral service celebrating Arvid’s life will be held at 2:00 pm on Saturday, April 10, 2021, at Sandhill Lutheran Church in Climax, MN, with a time for visitation one hour before the service.  Pastor Joy Grainger will officiate.  Visitation will be from 5:00 pm to 7:00 pm on Friday, April 9, 2021, at Stenshoel-Houske Funeral Home in Crookston, MN, with a prayer service at 7:00 pm.  Interment will be at Sandhill Lutheran Church Cemetery in Climax, MN, immediately following the service.

To order memorial trees or send flowers to the family in memory of Arvid Stortroen, please visit our flower store.